After several trips in which we have encountered the now ever familiar sight of scaffolding on some of the most popular sights around the world, we have come to the point where it no longer surprises us. My best word of advice to avoid these encounters is to do your research before booking tickets to a destination. 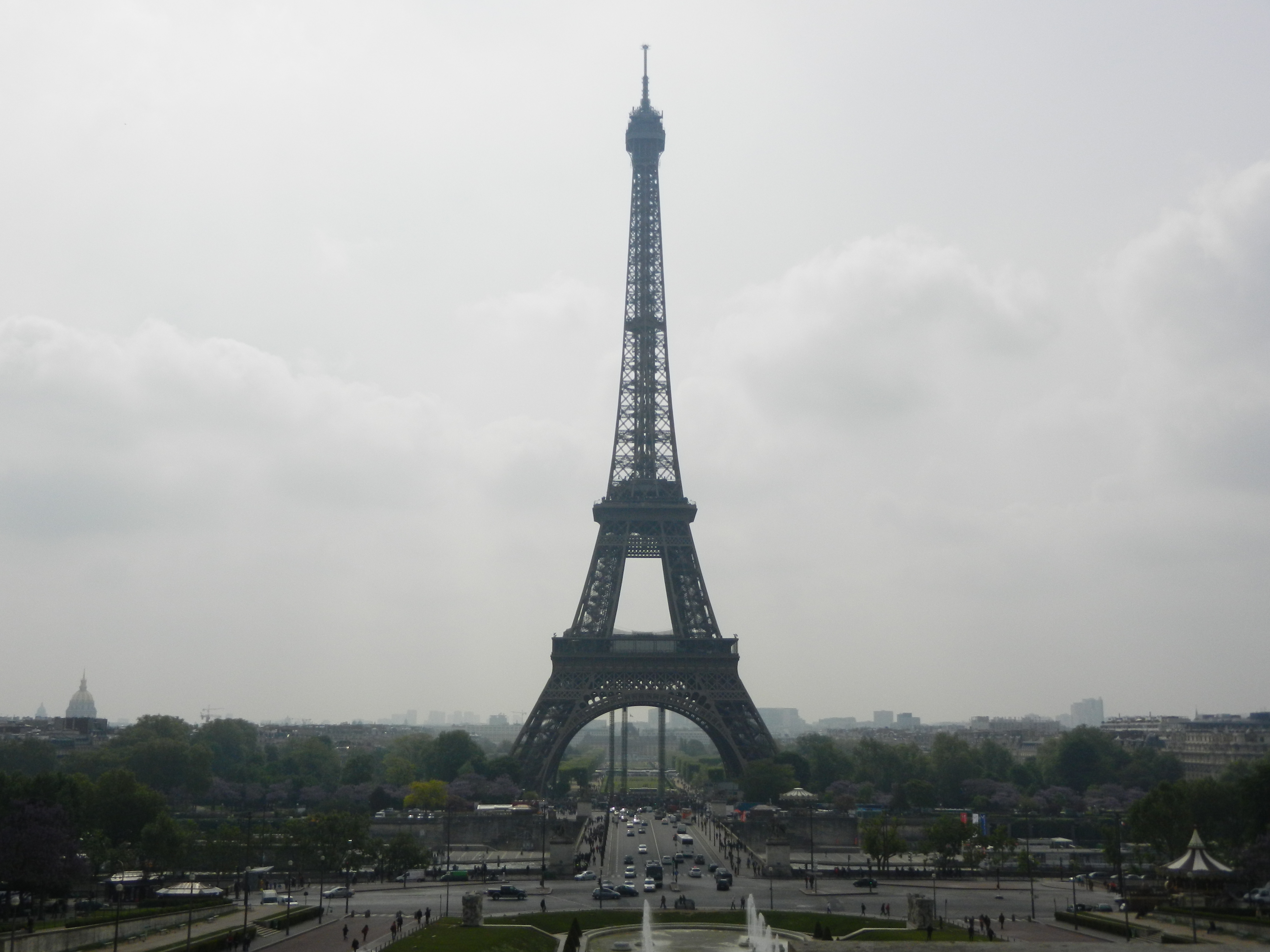 Having decided against traveling to Europe for our honeymoon in 2008 (due to lack of sufficient funds), we finally decided to revisit the idea and went for our fifth anniversary in 2013. Upon arriving at the Trocadero Gardens, we were welcomed by the discouraging sight of scaffolding on the Eiffel Tower. We later found out that 2014 was the 125th anniversary of the Eiffel Tower and it was undergoing major renovations for the celebration the following year.

Luckily, we were somewhat prepared in knowing the Trevi Fountain had been under construction soon before our trip to Rome. We did not, however, expect that it would still be in such disarray over a year later. The fountain was bone dry with the walls still being reconstructed. As a consolation to visitors, they had small video screens playing video of the fountain in working order. Certainly not the experience I had hoped for and quite disappointing. 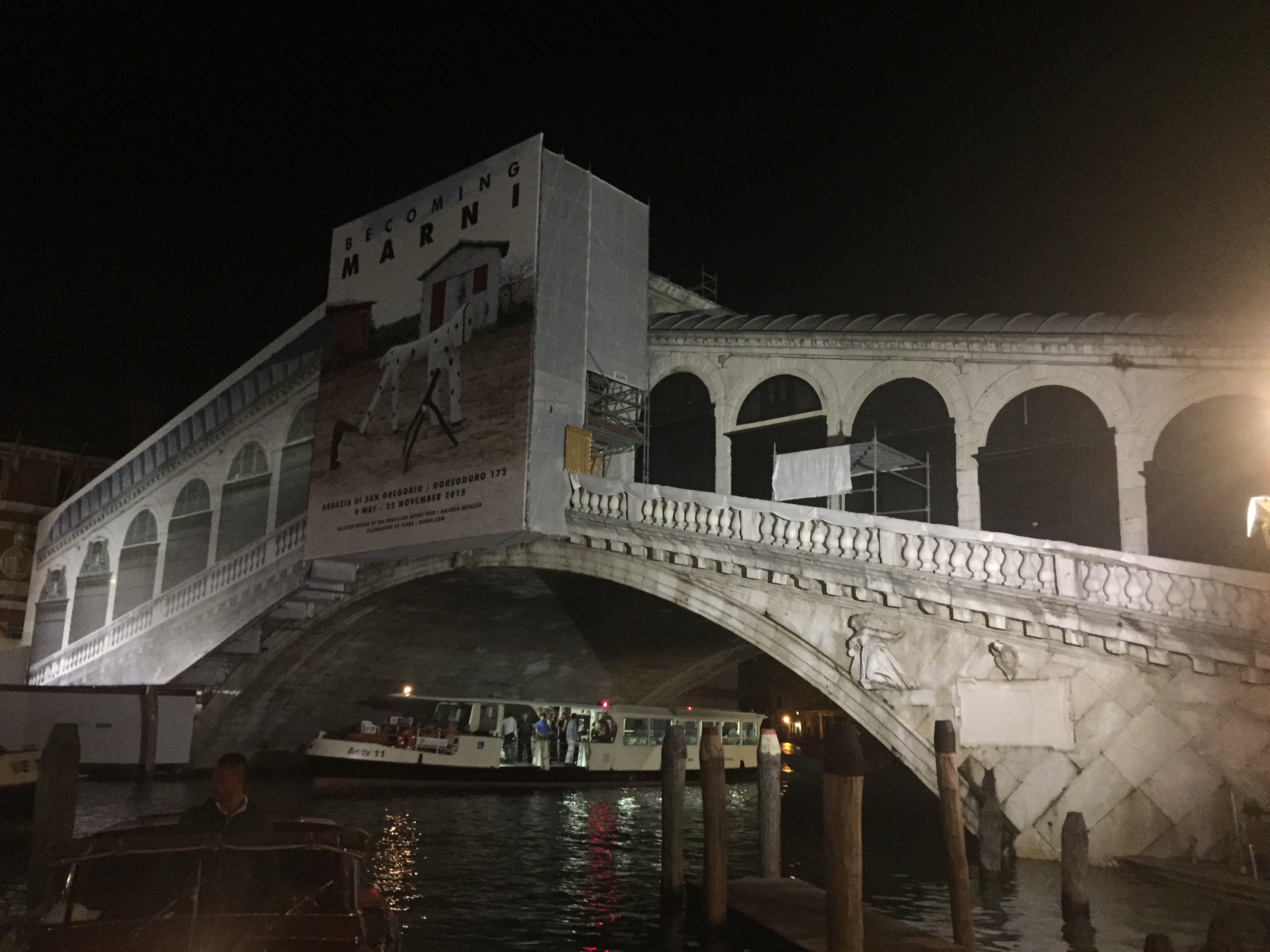 One of the most iconic structures in all of Italy, upon approaching the Rialto Bridge we were welcomed by half of the bridge being visible, while the other half was covered in scaffolding and tarps with false facades to give the impression of the typical sight.

While touring the main temple complex in Siem Reap, we again encountered our old friend. Thankfully, this time there was no major obstruction of what one would expect to see, and with the age of the temple, I understand the importance of its presence at that time.

As part of our June 2015 trip to Italy and Paris, Bill and I booked a couple nights in Vernazza in the Cinque Terre area of Italy. Knowing the Cinque Terre (literally translated to “five lands”) coastal villages are connected by trails, one day we set out for Monterosso al Mare to the west. Upon arrival, we were pleasantly surprised to find we were there during sagra dell’acciuga fritta (“festival of fried anchovy”).

Not knowing exactly what the signs said in Italian for purchasing food at the festival, we decided to stroll through the village looking for lunch options. While we did not find anything that grabbed our attention for lunch, we did stop at Pasticceria bar Laura and had a piece of one of the best pies I have ever eaten. I am not partial to pie, and typically do not order it, but the signs outside were very enticing so we decided to stop and have a taste. Chocolate and custard encased by a flaky crust – no regrets here! 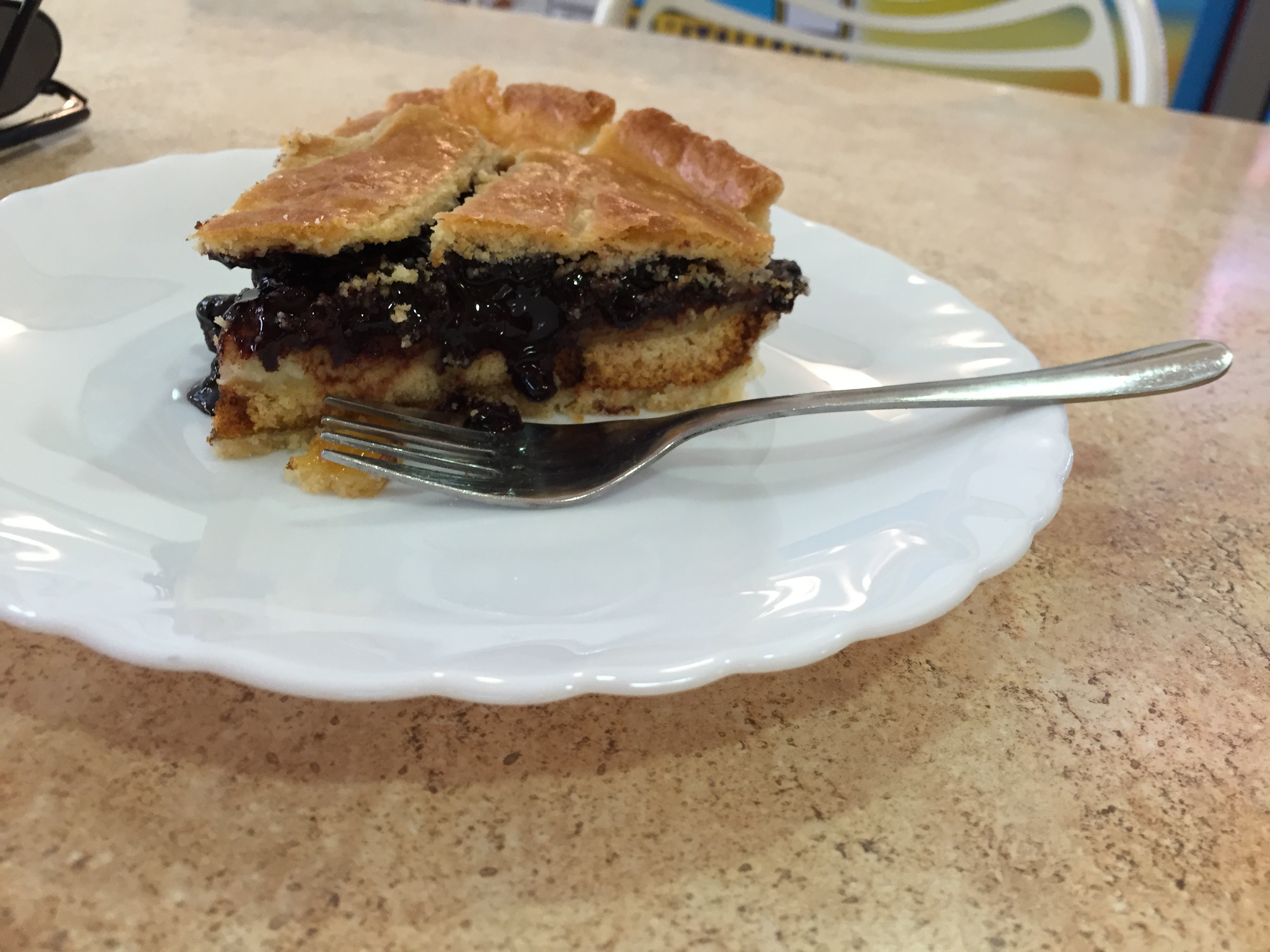 Having not found lunch, we returned to the beach area and purchased what we thought were two larger pieces of fried fish and a plate of anchovies. We were surprised when we bit into the “fish” and it was actually just bread, but it was a delicious lunch nonetheless. This was the first time either of us had ever eaten anchovies, so we were unsure what to expect, but we both enjoyed them very much. 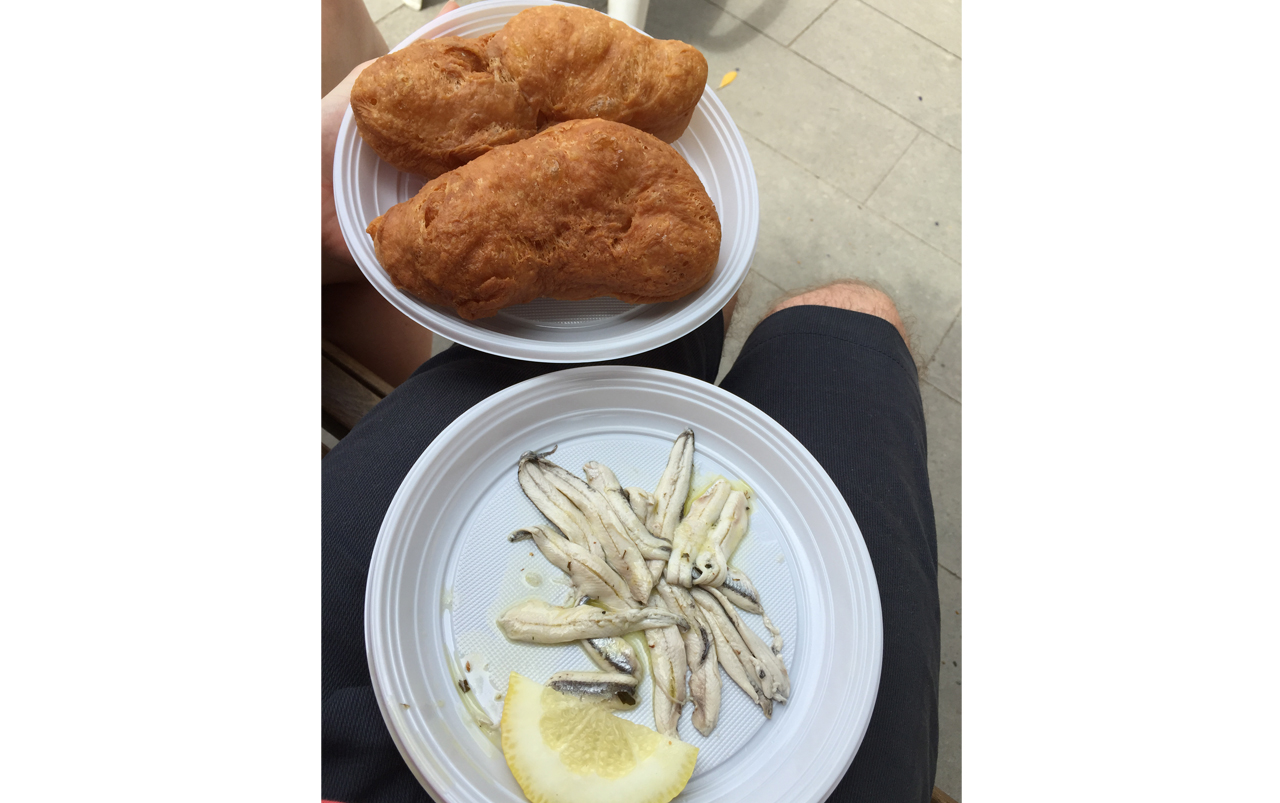 One of the reasons we had decided to go to Monterosso (as I call it) was that it is more of a “beach resort” area. Vernazza’s beach had been closed due to recent rock falls and the “beach” area that remained was very rocky and full of sea urchins. Bill had tried swimming and decided it wasn’t the ideal place to do so.

While Monterosso’s rocky sand beach was better, it was still not ideal. I briefly walked into the water, but chose to stay on the beach and search for sea glass the remainder of the time. After we were done at the beach, we walked over the bridge to the shops and restaurants that were closer to the water. When it started raining more than we preferred, we stopped into the train depot and opted to take the train instead of hiking back to Vernazza.

There are many places I have fallen in love with. Below are seven of the top destinations I have visited and a few highlights from each of them. (In alphabetical order because I can’t bring myself to rank them.)