Exploring the life of Honest Abe

Growing up in the Midwest, I have always been surrounded by landmarks and historical places connected to Abraham Lincoln. Plaques that read “Abraham Lincoln stayed here” are not out of the ordinary in my life experience.

Our nieces have always been fascinated with Abraham Lincoln – although I’m not certain why, I cannot say I blame them. As a result, when Bill and I decided to take the two of them on a road trip to Disney World, we added a stop at Lincoln’s Birthplace to our itinerary. With our typical luck, the actual cabin was being restored and we were not able to go inside the monument where it was normally on display. Reading about the history and seeing the grounds (and the nearby spring where he used to play) was still interesting. 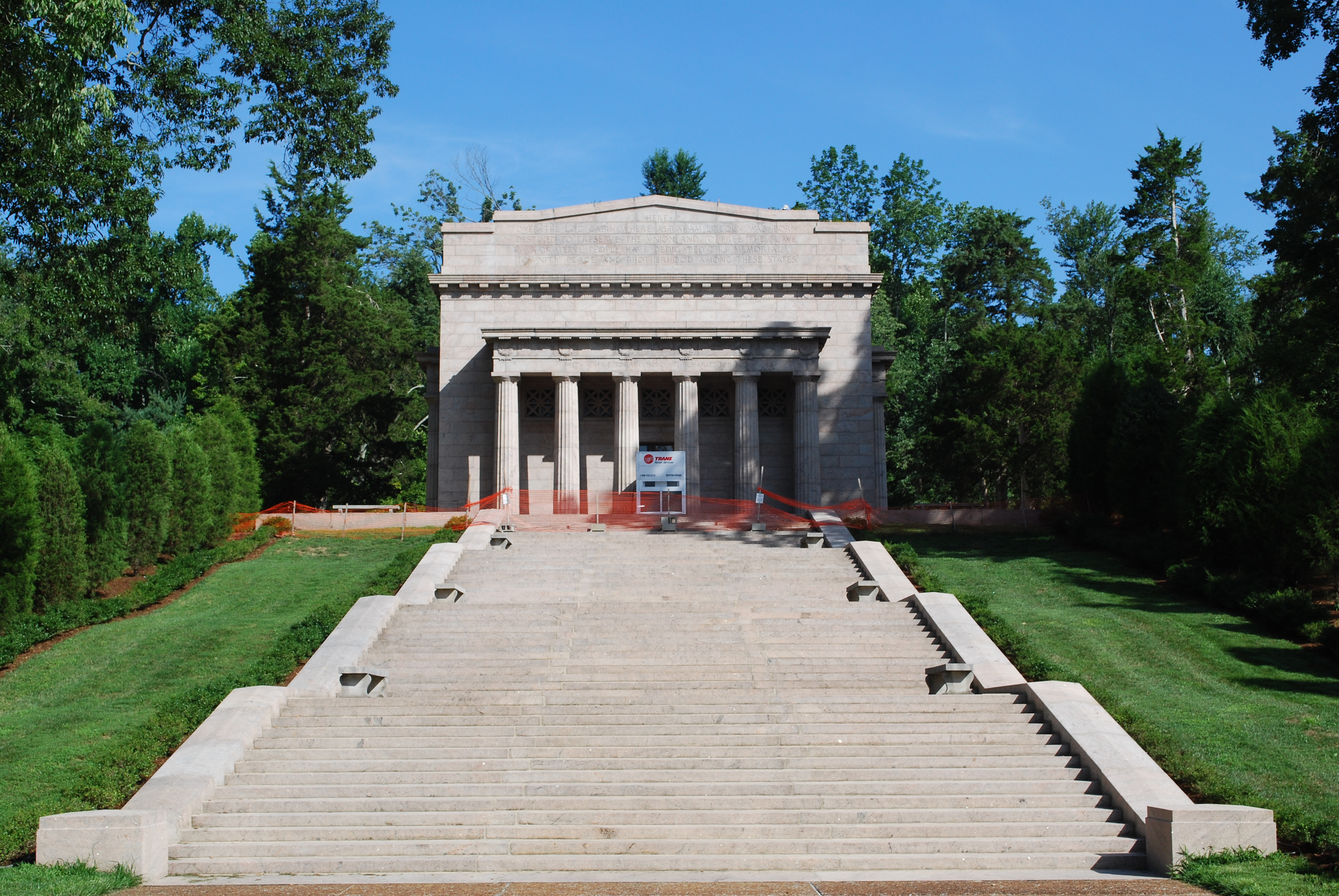 When Bill received his Masters from University of Illinois-Springfield on the same day as our 7 year wedding anniversary, I decided to make the weekend into an anniversary celebration/exploration of Springfield as well. This led us to visit the Lincoln Home, a historic site maintained by the National Park Service. We joined one of the guided tours and learned about Lincoln’s life in Springfield, as well as some of the historical events that took place in his home. 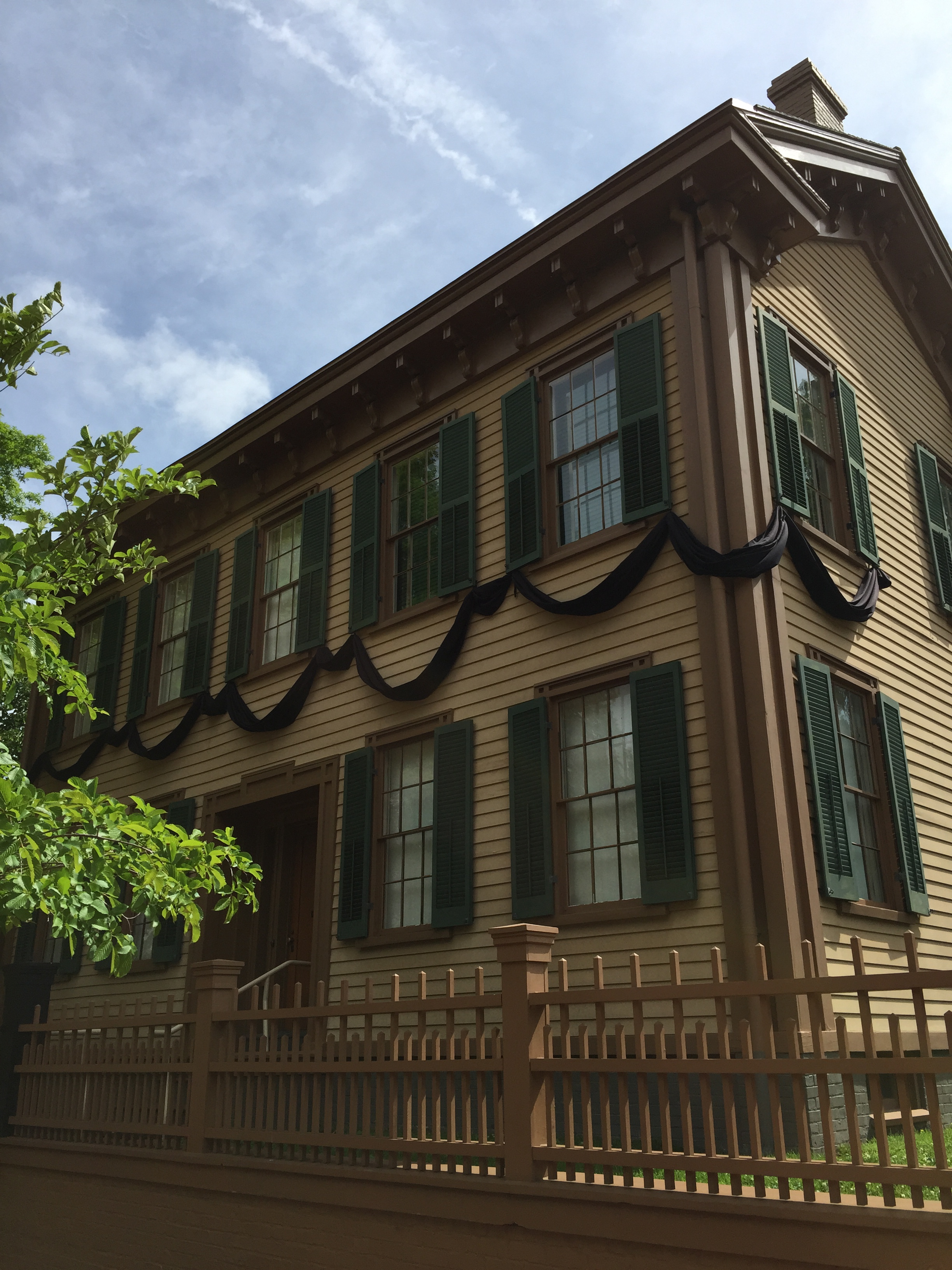 Visiting state capitol buildings has become “a thing” for us as we explore different states. Being in Springfield for the weekend, going to the Illinois State Capitol building was a must – complete with a statue of Honest Abe welcoming us as we approach. I particularly like the building’s silver dome. 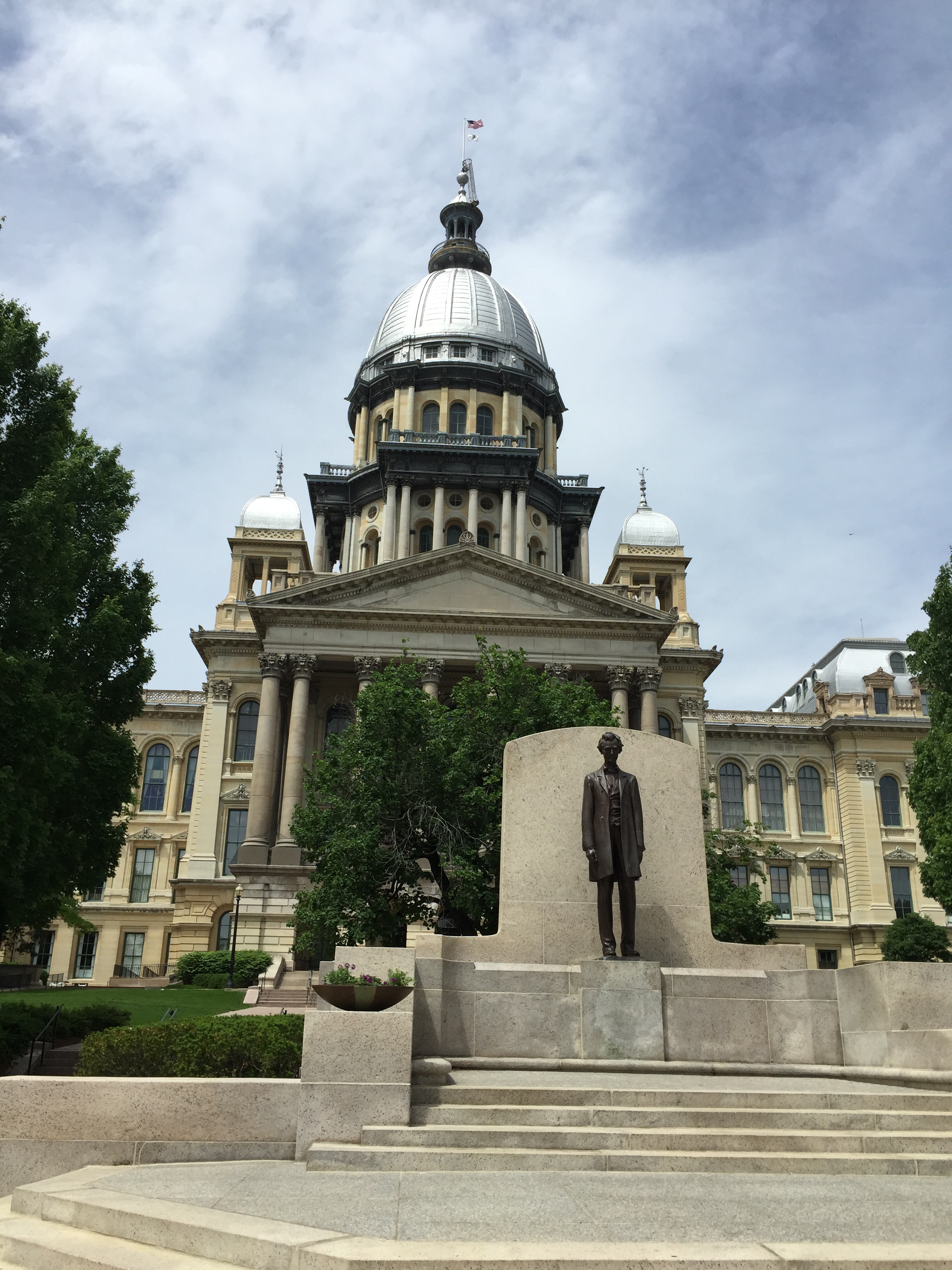 I absolutely love old, historic buildings, so seeing the Old State Capitol in the middle of downtown Springfield, I had to explore. This building was where Lincoln worked as a lawyer and delivered his “House Divided” speech in 1858. 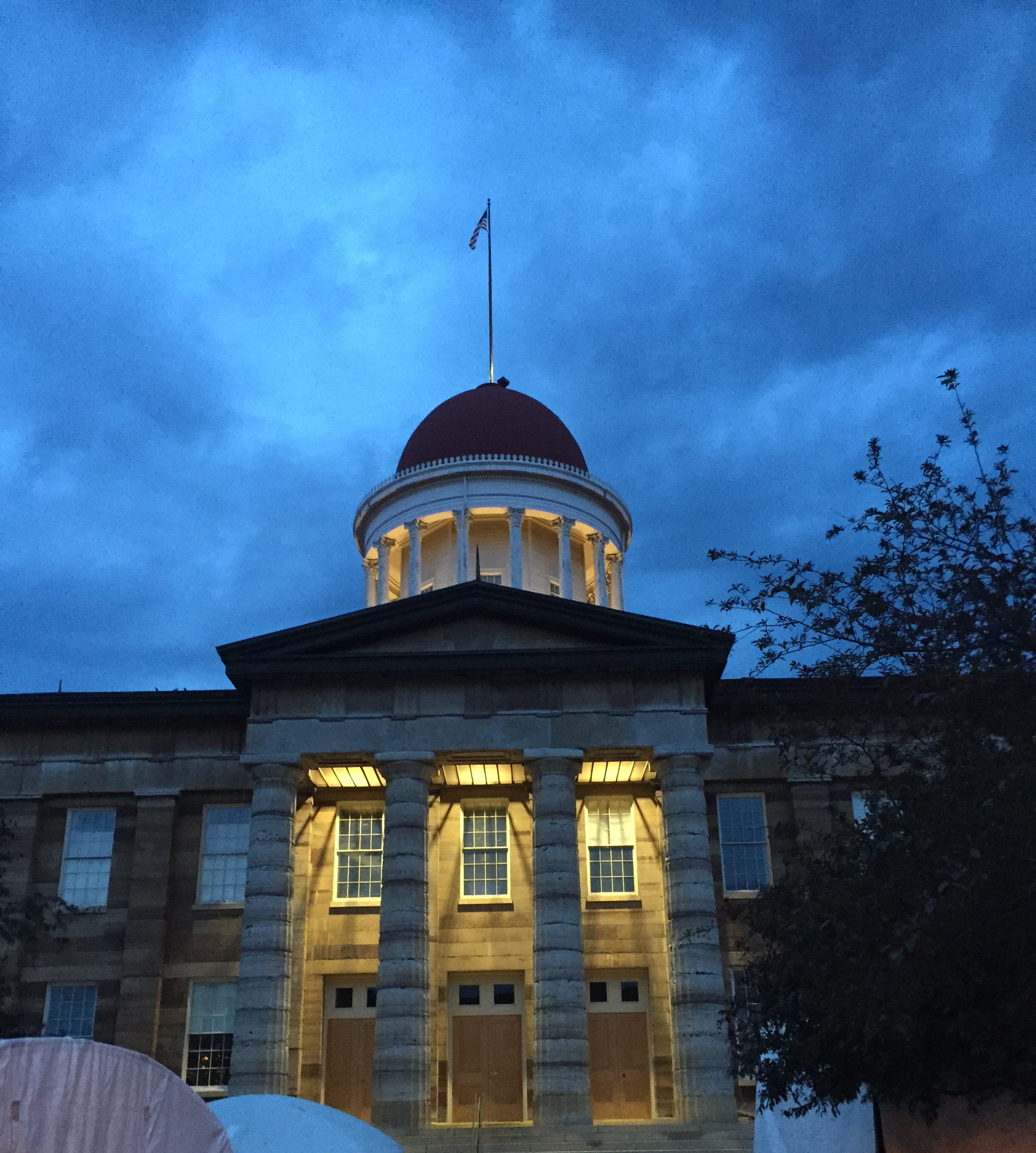 I’m fortunate enough that both of my grandmothers are still living, and that we all live near each other. To spend quality time with them, I have arranged two separate mystery trips in which they know nothing about our plans for the day. Visiting the Lincoln-Tallman House was the main attraction on our most recent trip. Lincoln stayed here during a speaking tour in 1859, while he was campaigning to become the Republican candidate for the presidency. 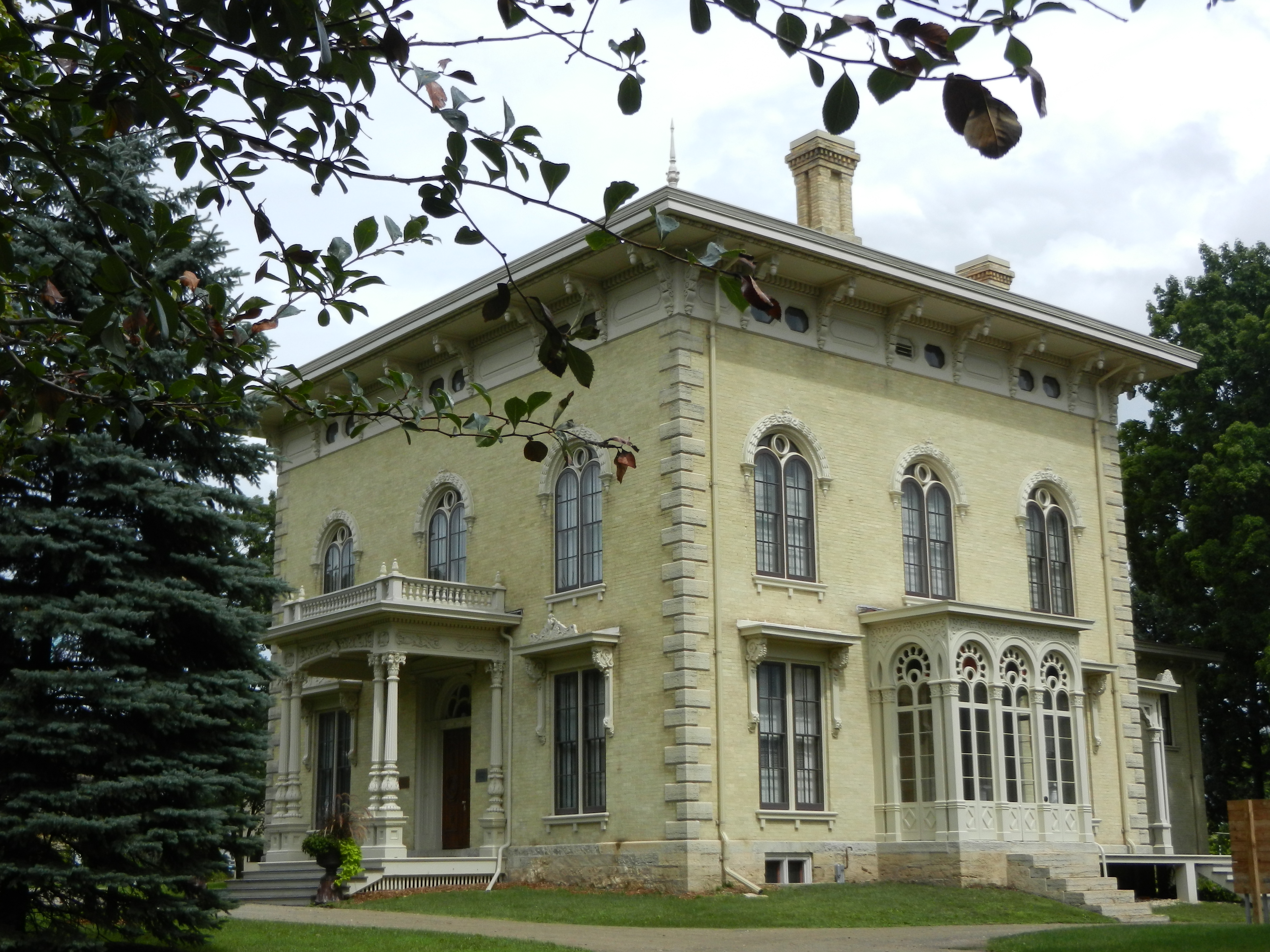 In Springfield’s Oak Ridge Cemetery you will find the Lincoln Tomb. Lincoln’s final resting place, along with his wife, Mary Todd Lincoln, and their sons Edward, Willie, and Tad. You’ll notice Lincoln’s nose has turned gold as the result of visitors rubbing it for good luck. 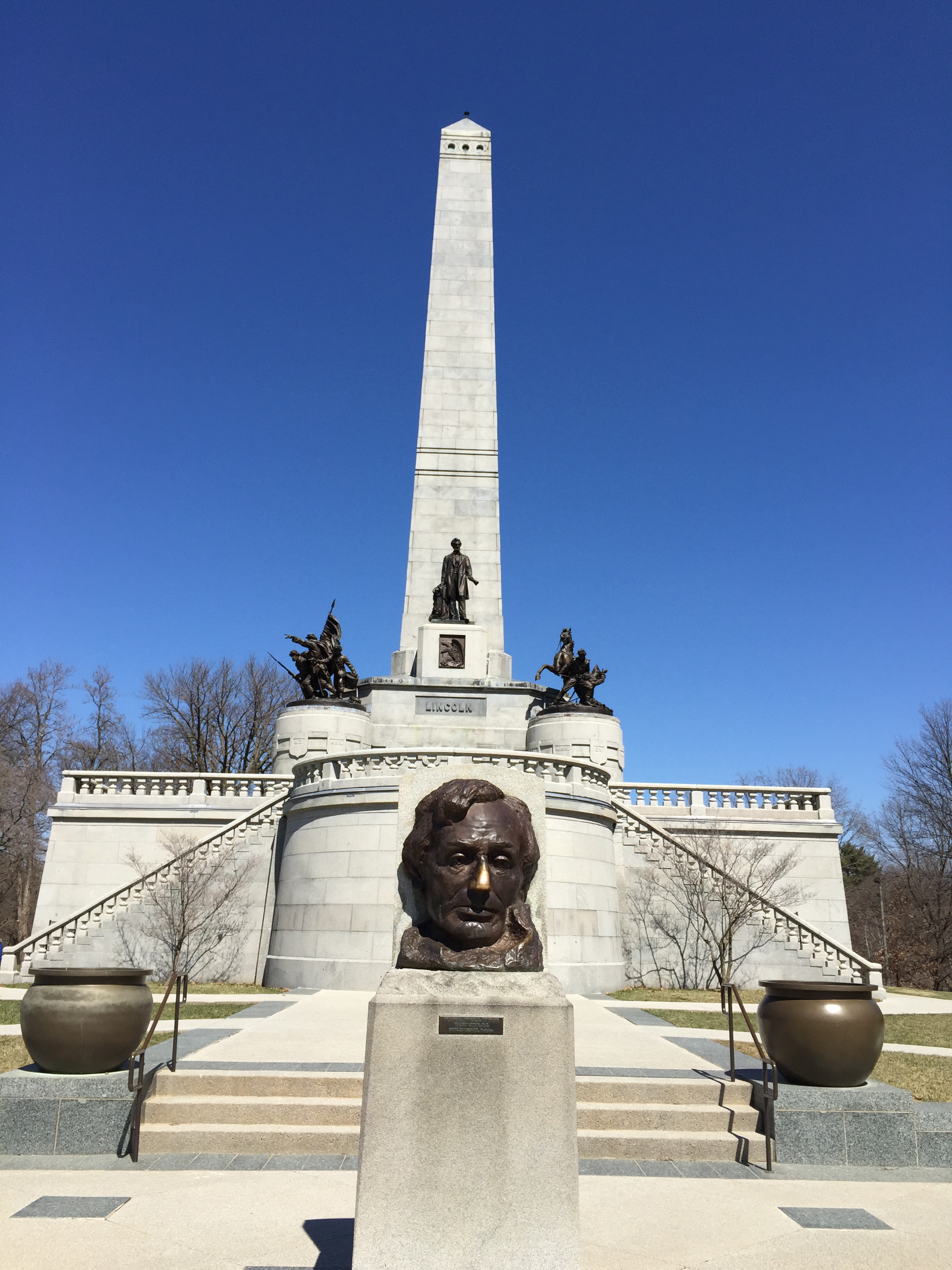 We took our nieces to Chicago in November, 2016 and happened upon this enormous sculpture of Abraham Lincoln handing a copy of the Gettysburg Address to a modern-day man. 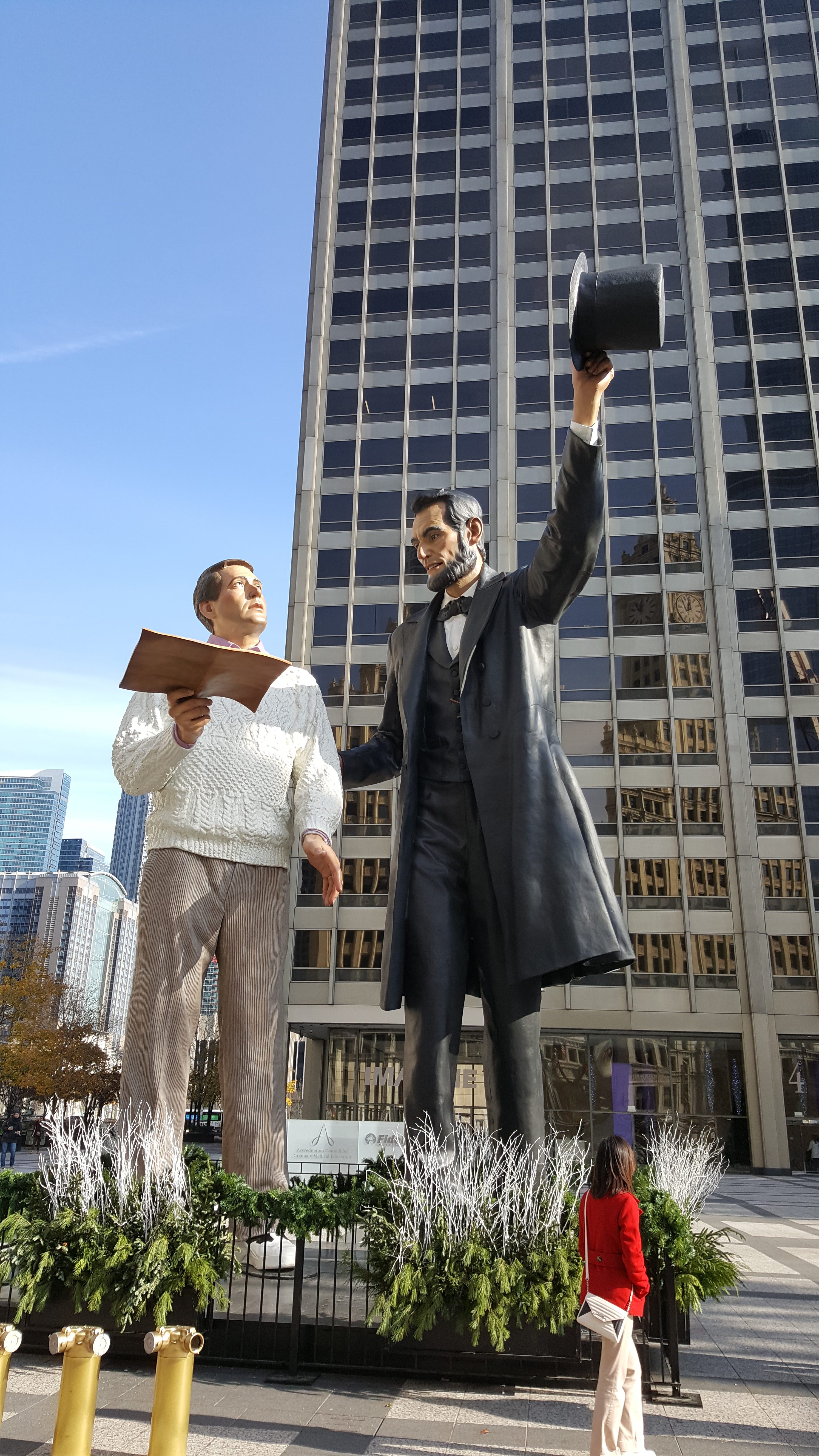 In December 2017, Bill and I returned to the Bradley University to check out major construction that is happening on campus. While downtown for dinner, I looked across the street and saw “Return Visit” standing there! 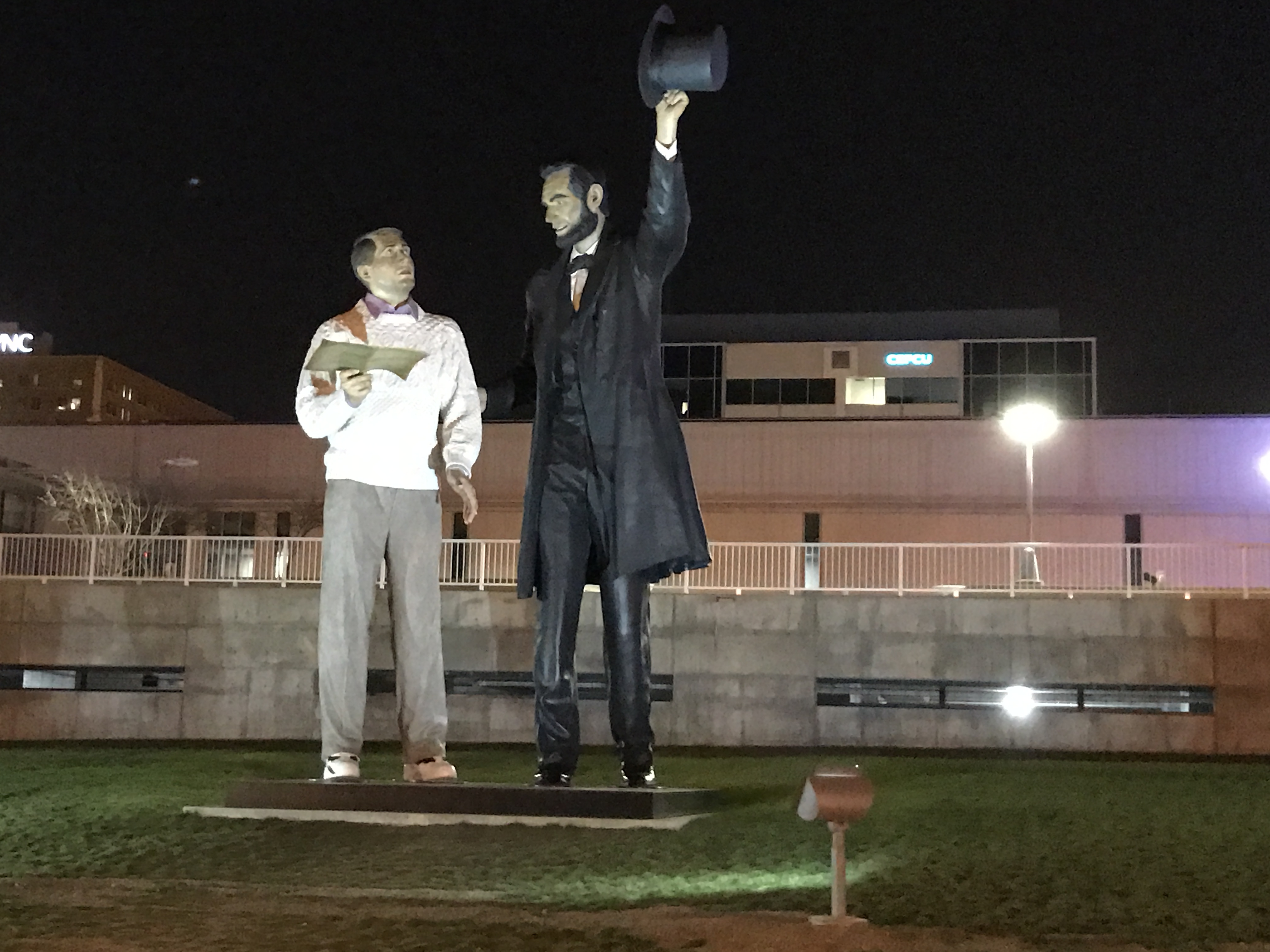 Other interesting Lincoln monuments and sculptures we have yet to see:

Abraham Lincoln Statue – Hodgenville, Kentucky (Wish I had known about this one when we visited before!)

“Abraham Lincoln” – Nebraska State Capitol, Lincoln, Nebraska (We visited the Capitol during the summer of 2017 and totally missed this!)