While in the Twin Cities to attend a Tool concert, Bill and I made a weekend of it and decided to go to the Minnesota State Capitol for a tour while we were there. Upon arriving at the Capitol, we realized there was a lot of action going on that day. Eventually we learned that a “March Against Sharia” rally was happening inside, and a group of counter-protesters was stationed outside. 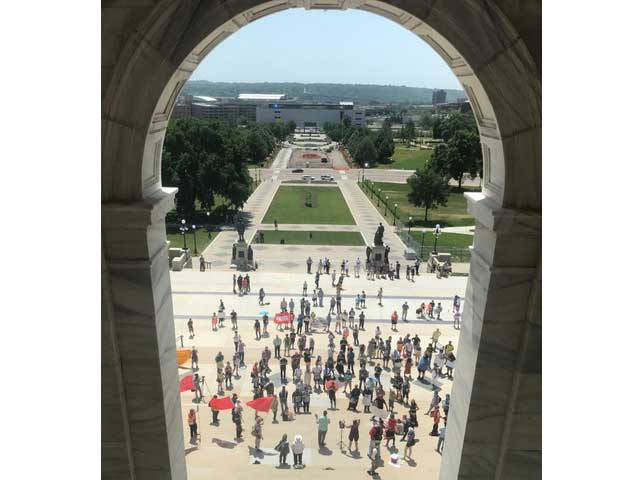 Things were peaceful when we arrived, although we did briefly cross paths with a woman dressed in what appeared to be a military uniform who was visibly upset about a possible counter-protester who had made it past security and was stirring up trouble inside. We shrugged it off and continued on with joining the guided tour.

During the tour we learned of the restoration process the building was almost finished undergoing – it did not disappoint. The only disappointing parts were that we could not go outside to see the horses on the roof, and we could not stand in the middle of the rotunda because of the protest happening that day.

The architecture and decor of the building was stunning. The massive stone columns, domed ceilings with stained glass windows, and elaborately decorated rotunda dome were awe inspiring. 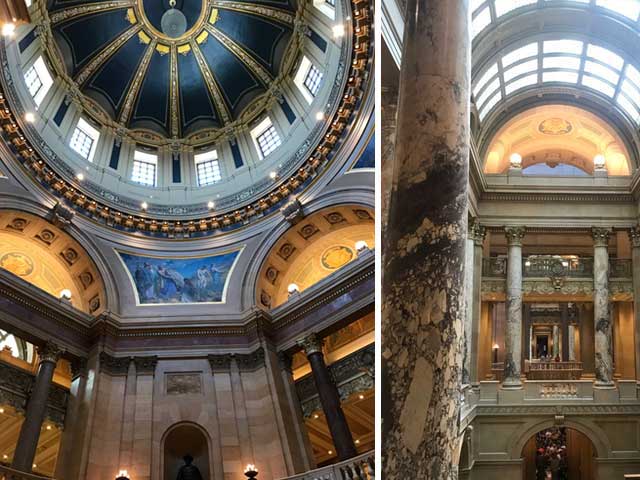 At one point we briefly strayed away from our tour group to check out this “floating” cantilevered stairwell. After the tour, we came back to enjoy it even further. 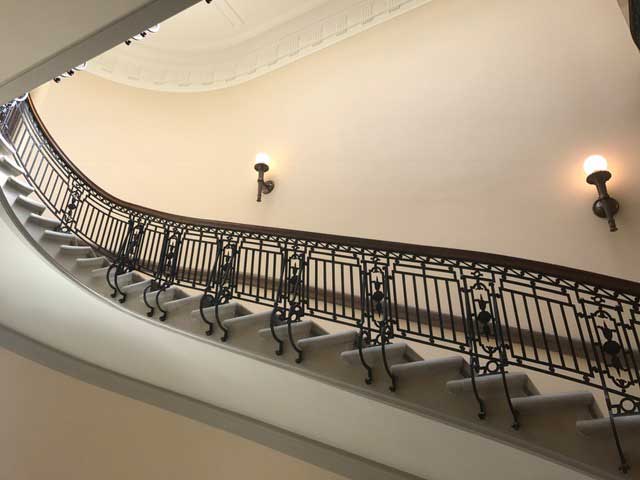 As part of the tour we were taken into the House of Representatives Chamber, which still had the original seats for public gallery viewing. Each element was described to us – the significance of the different figures and elements depicted and their relationship to Minnesota explained. Of particular interest are the “Minnesota, the Spirit of Government” sculpture above the head seat, and the names of four early French explorers on the ceiling who were important in the founding of Minnesota – La Salle, Hennepin, Perrot, and Duluth. 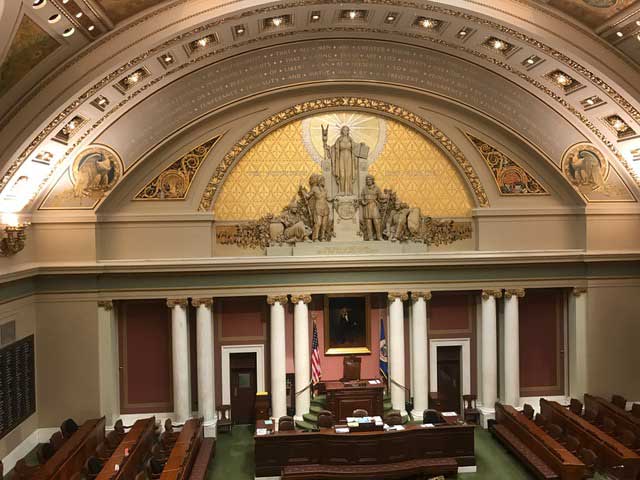 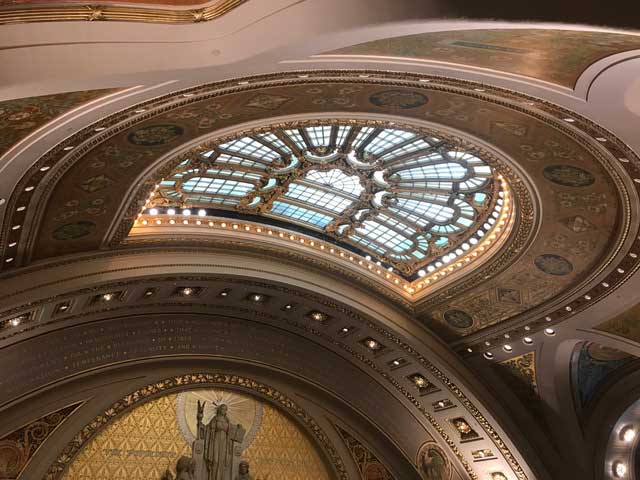 The tour concluded shortly after our visit to the House Chamber. Although things were calm when we arrived, it seemed things took a big turn for the worse while we were there. We were diverted down through the basement and out through a back exit when it was time to depart. This left us at the far opposite corner of the building from where we had parked. 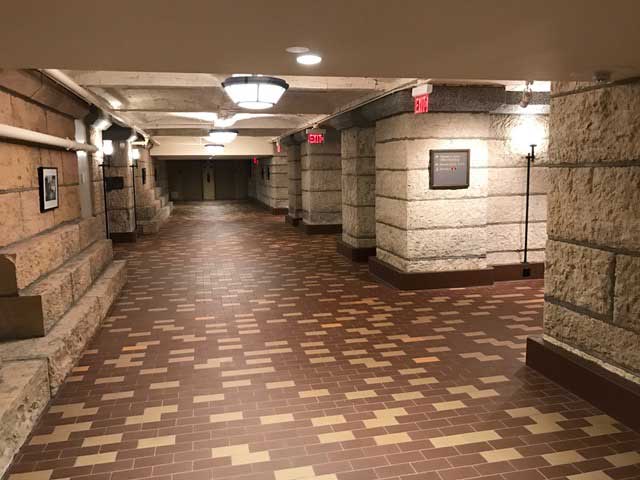 As we learned more details of what had transpired, it seemed the woman we had encountered earlier in the day and her friends decided to join the counter-protesters outside to stir up some trouble. As we came around the side of the building, we were greeted with the sight of the group and its escalated tensions that had migrated within 25 yards of our car. As we headed that direction – ignoring the police officers who shook their heads and tried to direct us away from the conflict – we saw things being thrown and people being placed in squad cars. Fortunately, we made it to the car safely and escaped without a scratch.