Around 4:30am I looked out the window to see clear, star-filled skies. Bill and I put on our boots and jackets and went out to get a better look. It was amazing. SO MANY STARS! We also saw a handful of shooting stars and the silhouette of the mountains around us. The clearest view we had had yet – albeit a dark one. About an hour later we were back up and outside to take in the views as the sun began to rise – utterly breathtaking. (Figuratively and literally – the high altitudes with low oxygen were no joke!)

The day continued to be beautiful as we continued on to Lobuche. We enjoyed spectacular mountain views nearly all day. The Thukla Pass was slow going, but we still arrived within our 5-6 hour window. The sun was pretty intense today, but the air was decently cold. While it was a relief to arrive in Lobuche, it was very cold there. So cold we broke out the down jackets and sleeping bags for the evening.

For me, breathing became quite a bit harder once we arrived in Lobuche. From that point forward I decided to cover my face with my buff in order to heat the air before it hit my lungs. My resting heart rate at around 82 bpm was nearly double that which it is normally and caused me to have anxiety/panic attack symptoms. 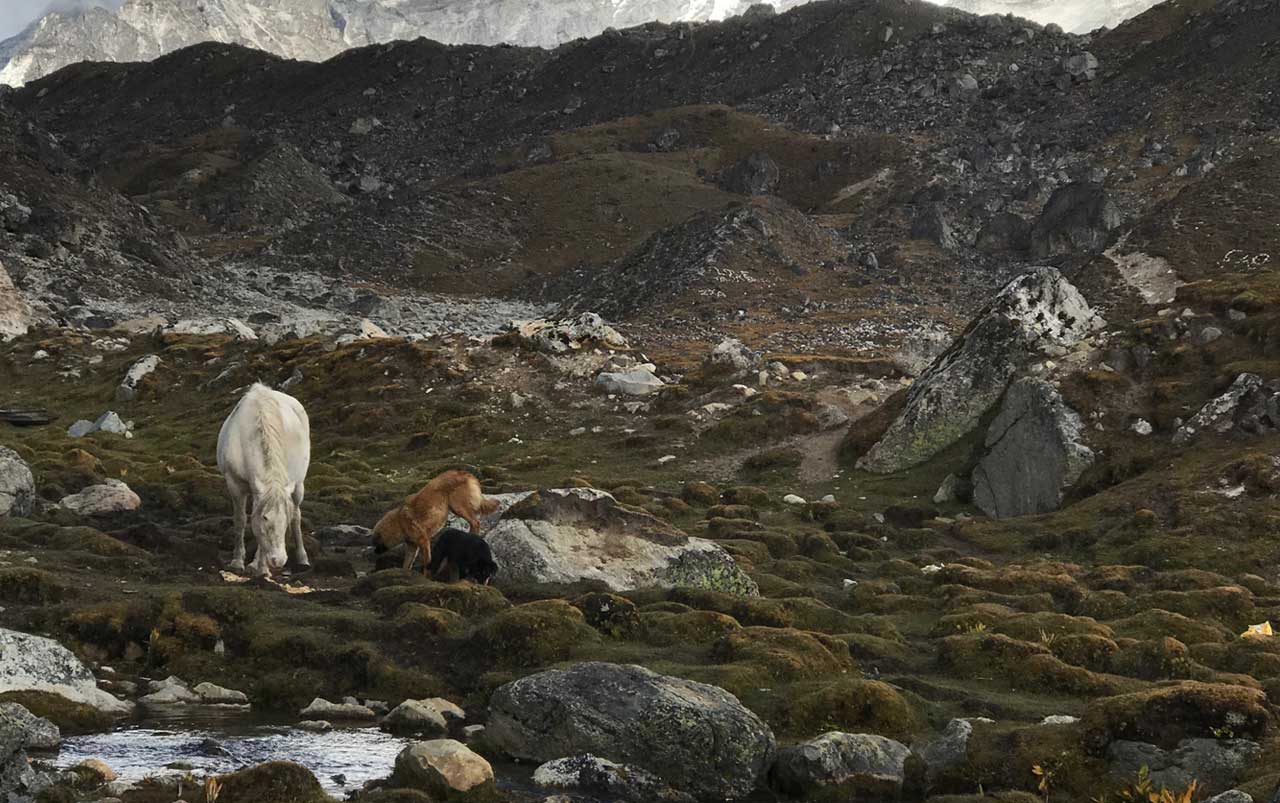 Our lunch of fried potatoes, with egg and vegetables was most welcome after our long hike and was flavorful as well. As we were wrapping up lunch, a nice couple from the Whitsundays sat at the table next to us. We shared a nice chat. Bill and I then took a short stroll – very short – Lobuche consists of 6 tea houses, a small gift shop, a bakery (the highest bakery in the world), a stream, and a few local animals. Including a horse, several dogs, and a few yaks. Our stroll ended at the bakery where we enjoyed tasty chocolate and jam tarts.

Everest Base Camp at last!