One of my Wander List goals (inspired by Bill) is to visit all of the National Parks in the United States. To date, we have visited 27 of the 59 parks. We only started visiting them in 2007 – that’s an average of more than 2 parks a year! It does help that they tend to be clustered together. The parks in Florida (more or less) fit into that category.

When Bill set his sights on visiting Dry Tortugas, one of the most unique National Parks, it afforded us the opportunity to visit three in one trip – Everglades, Biscayne, and Dry Tortugas. To get there, and around, we flew in and out of Miami and rented a vehicle after we arrived. Below are some key highlights of  the parks.

Unfortunately our visit to Biscayne was not everything it could have been. Through our research before the trip, we found out the boat concessioner who was working with the park had ceased their services, and we would not be able to shuttle out to Boca Chita Key and Elliott Key – the more historical and scenic portions of the park. The good news is that it appears they do have boat tours back in service at the time of this writing. (In case you are considering a trip to see Florida’s National Parks.) 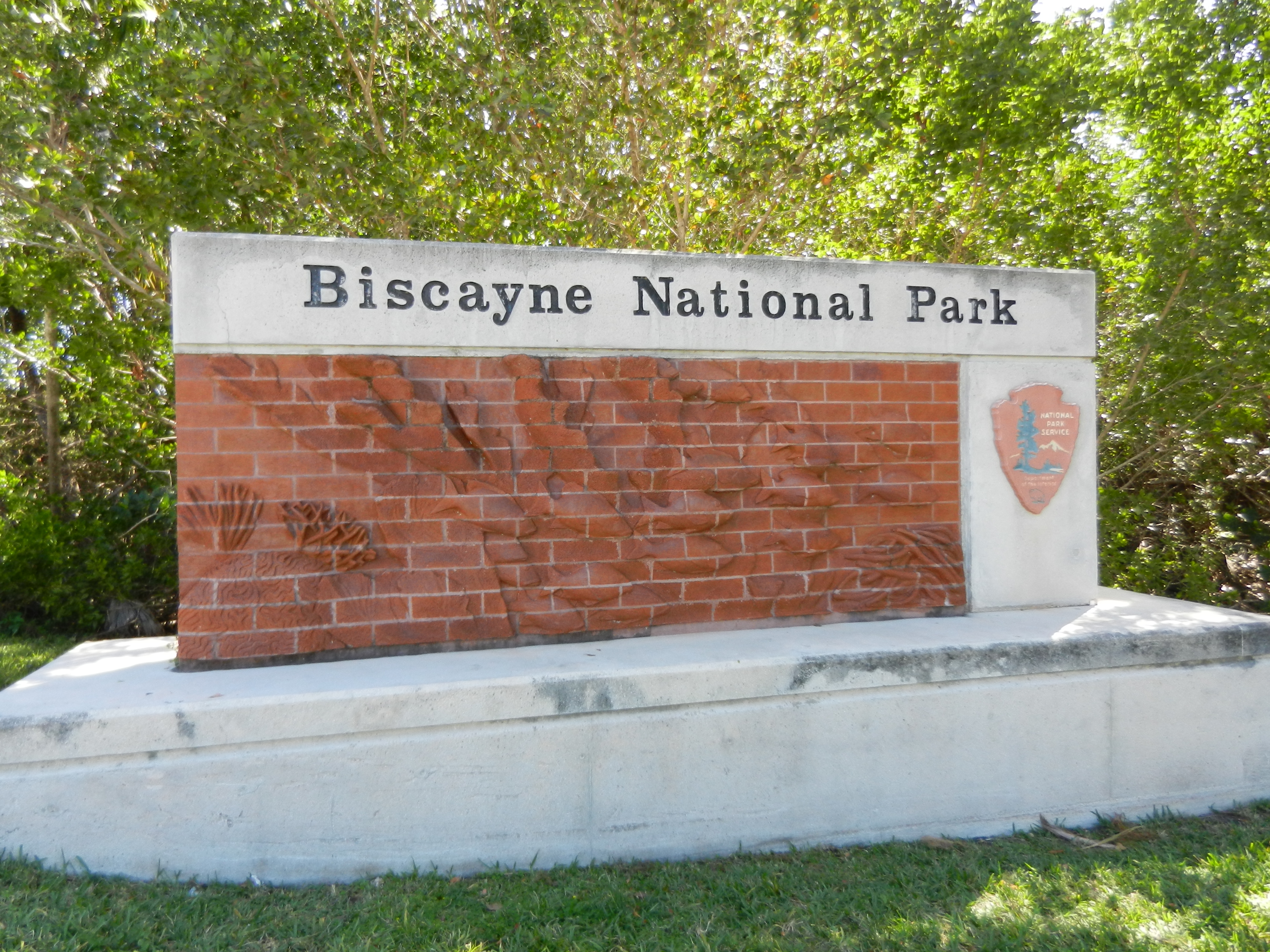 When we visited Biscayne, free guided kayak trips were available (this no longer appears to be the case), so we signed up for one of the morning time slots – in hopes to still make the visit at least a little more interesting. However, it was extremely blustery that day and we were certain the kayak trip would be canceled. We still prepared, ensuring we were dressed appropriately and covered in sunblock. When the visitor center opened and we went to check in for the tour, our assumptions were confirmed – the kayak tour was canceled for the day.

We were offered to sign up for another day/time, but in our typical fashion, our itinerary did not allow for wiggle room. We had booked a fan boat tour for the afternoon and had to move on down the road.

We walked around the part of the park we could visit – saw fish, geckos, jellyfish (below), enjoyed the rocking chairs on the porch of the visitor center, and were on our way. 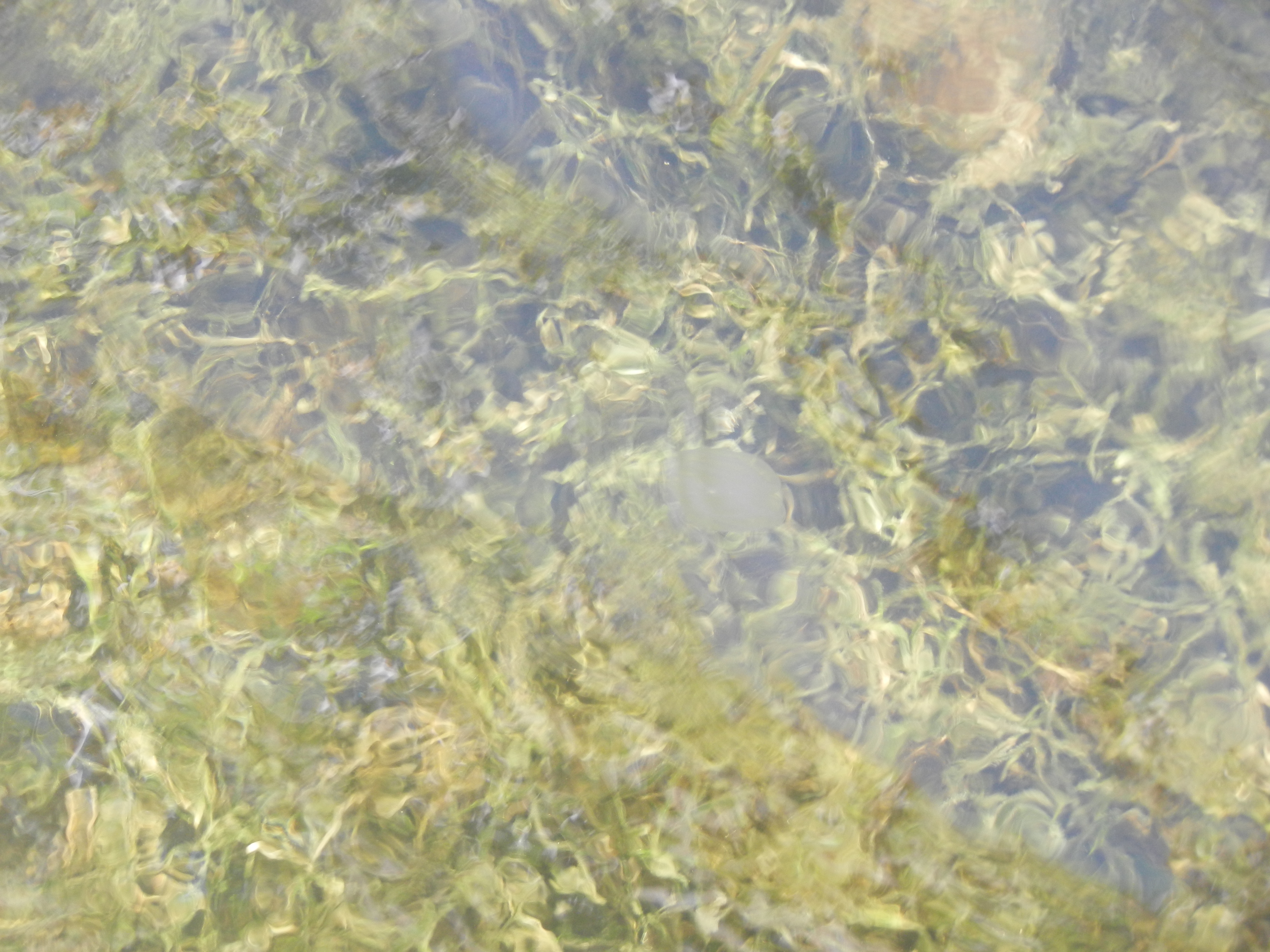 The Everglades ecosystem paves the way for a plethora of animals to thrive! And if you want to see Florida Alligators, look no further than the Anhinga Trail in the Royal Palms area of Everglades. There were alligators everywhere you looked. In one area there were at least 20 alligators hanging out together! 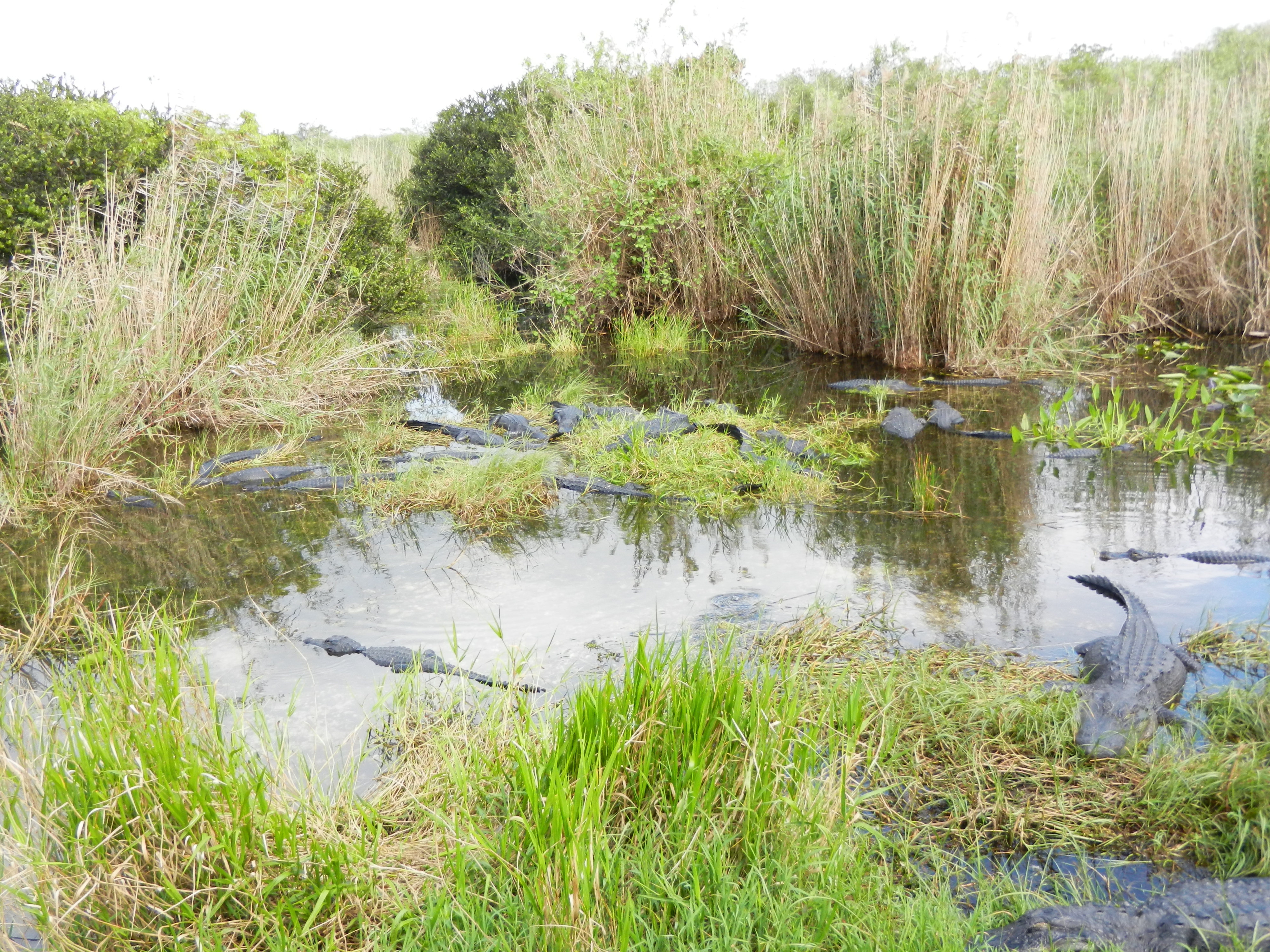 At one point along the trail, we stopped to watch the herons and ibises catch their dinner. Shortly after we decided to continue on, we heard quite a commotion coming from where we just where – birds were squawking, you could hear movement in the water, and then what sounded like the click of a jaw. We returned back as quickly as we could, but saw nothing. Needless to say, we are pretty sure we missed a bird getting eaten by one of the gators. 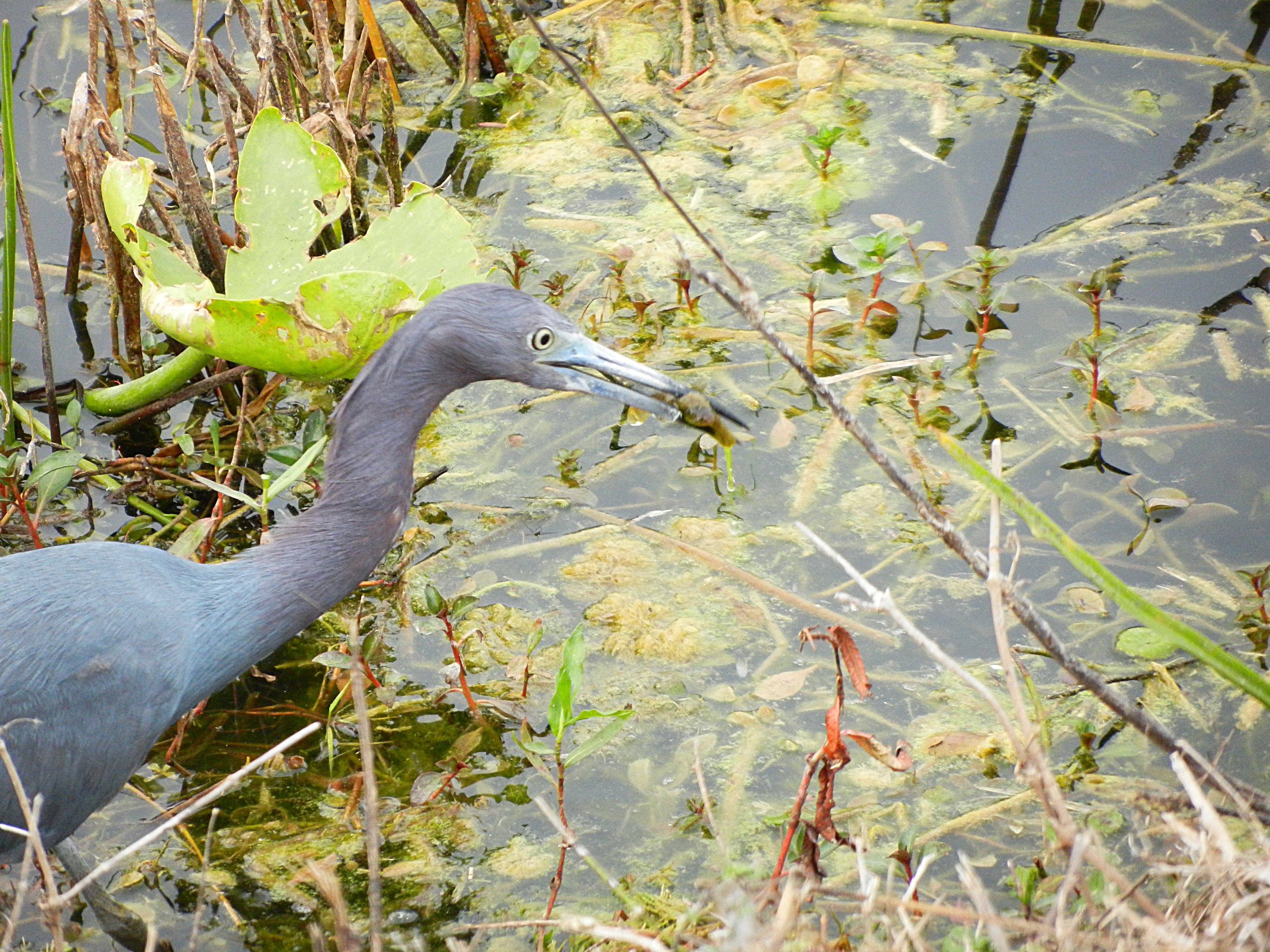 That same day, while visiting one of the visitors centers, we noticed a “Wet Walk” listed on the schedule of events. We inquired about the trek at the desk and were informed that it was a guided hike through knee-high water – taking you through a part of the park that is not accessible without a guide. Knowing this was something we would potentially never have the opportunity to do again, we decided to sign up.

As we approached the area where we would be wading through the water, the ranger explained to us that the hill we saw off in the distance was not actually a hill at all. It was a grove of trees called a “cypress dome” that was thriving due to the water supply in that area. 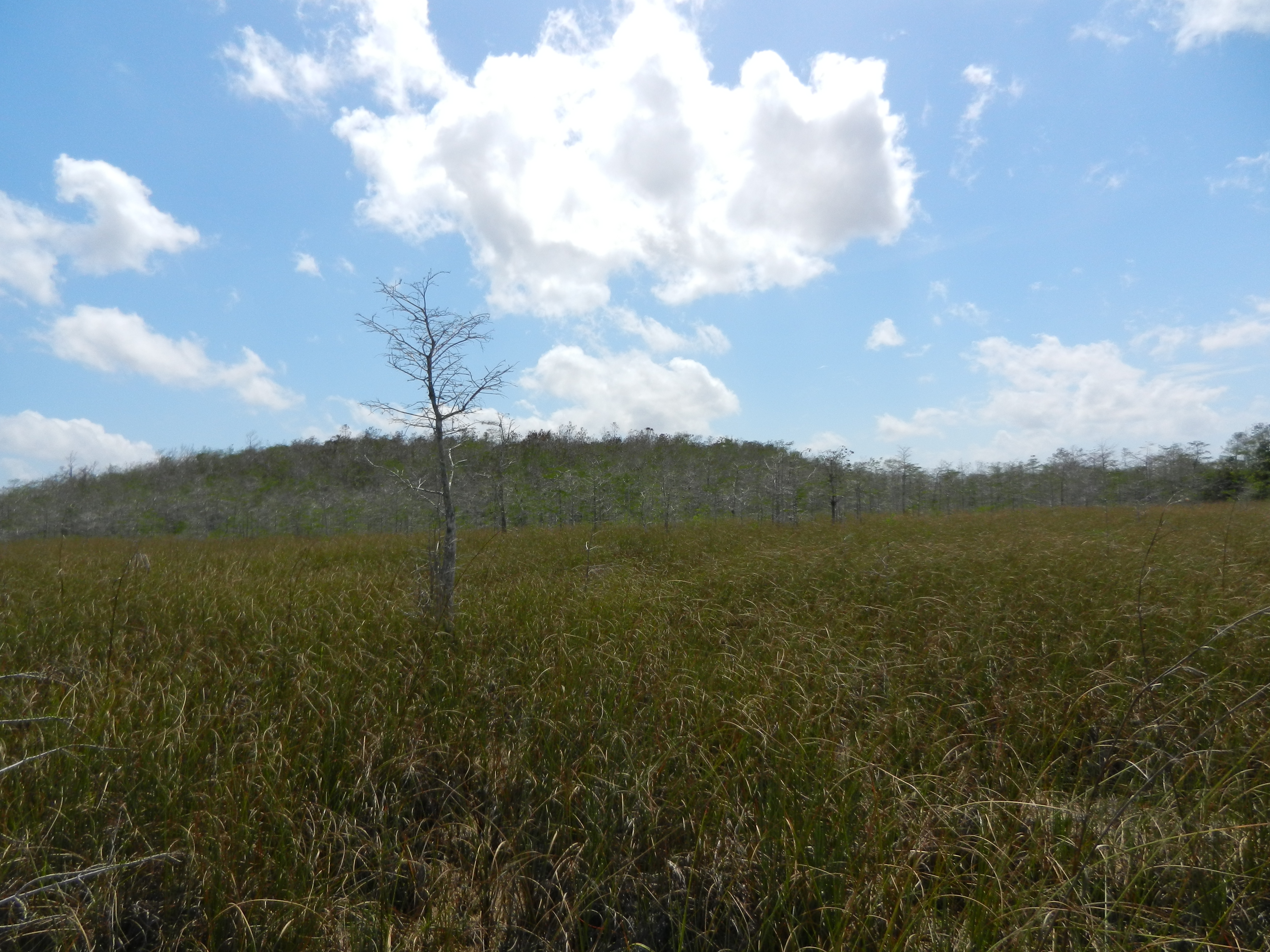 The closer we got to the trees, the more water we started to encounter and we knew there was no turning back! Using the sticks that were given to us when we met up with the group, we did our best to stay in “shallower” water and out of mud that was too deep to walk through.

As we observed the herons and egrets in the treetops, and Bill climbed on top of a large downed tree, our guide warned everyone that the tree may be home to an alligator. Soon after, a member of our group pointed out an alligator no more than 30 feet away from us. And then we spotted another that was even closer. Needless to say, Bill got down from the tree and the group decided to start heading away from the gators and their home. It’s a little unnerving when you are knee deep in water and mud, knowing it will be difficult to get away very quickly! 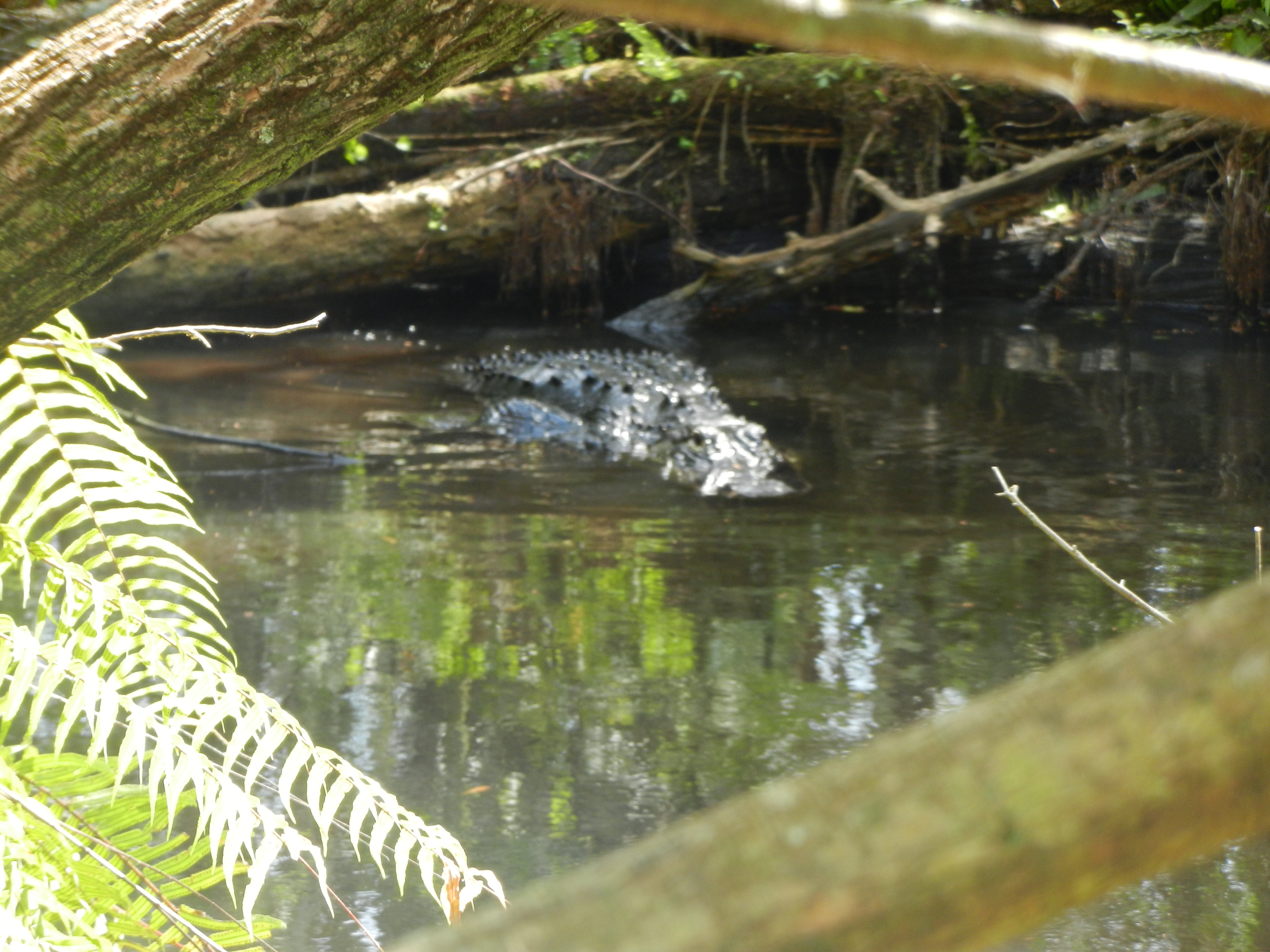 A park like no other. Located 70 miles West of Key West, on an island that houses Fort Jefferson, a former military fort, Dry Tortugas is the most isolated National Park Bill and I have visited to date. We were fortunate enough to camp there overnight during our visit – although one night was certainly not enough! Next time we will have to stay at least three nights to enjoy it longer. Accessible only by boat or sea plane, Bill and I chose the less expensive option and booked a boat shuttle to the island. (Boats are also the required mode of transportation for anyone camping overnight.) 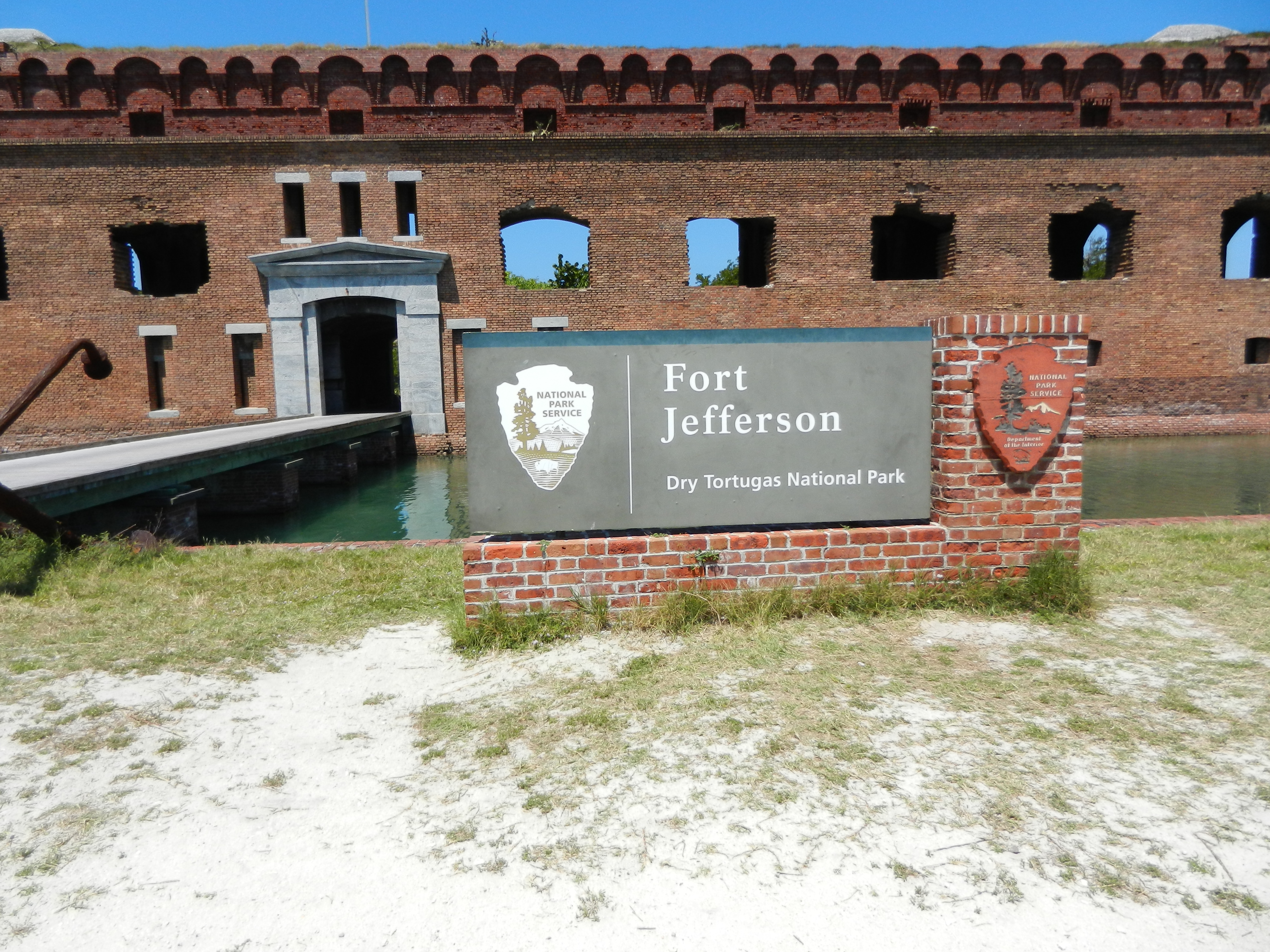 During the day, Dry Tortugas is fairly inundated with visitors – almost like a theme park. By night, everything is calm and quite – almost as though you are there by yourself. While staying overnight, the night skies are definitely worth taking in, although there are some lights on the island that lessen your view.

During the time we were at Dry Tortugas, there was a salt water crocodile living in the moat around the fort. Apparently he had been blown in by a hurricane a couple years earlier. He didn’t have a name, but one of the rangers had mentioned the name “Rocky” and that was what stuck with Bill and I during our time there. It was fun checking to see where he was as we explored around the fort. That evening, as we waited for sunset, we saw Rocky leave the moat and swim off into the ocean. He did not return before we headed back to the mainland – I still wonder if he ever came back. 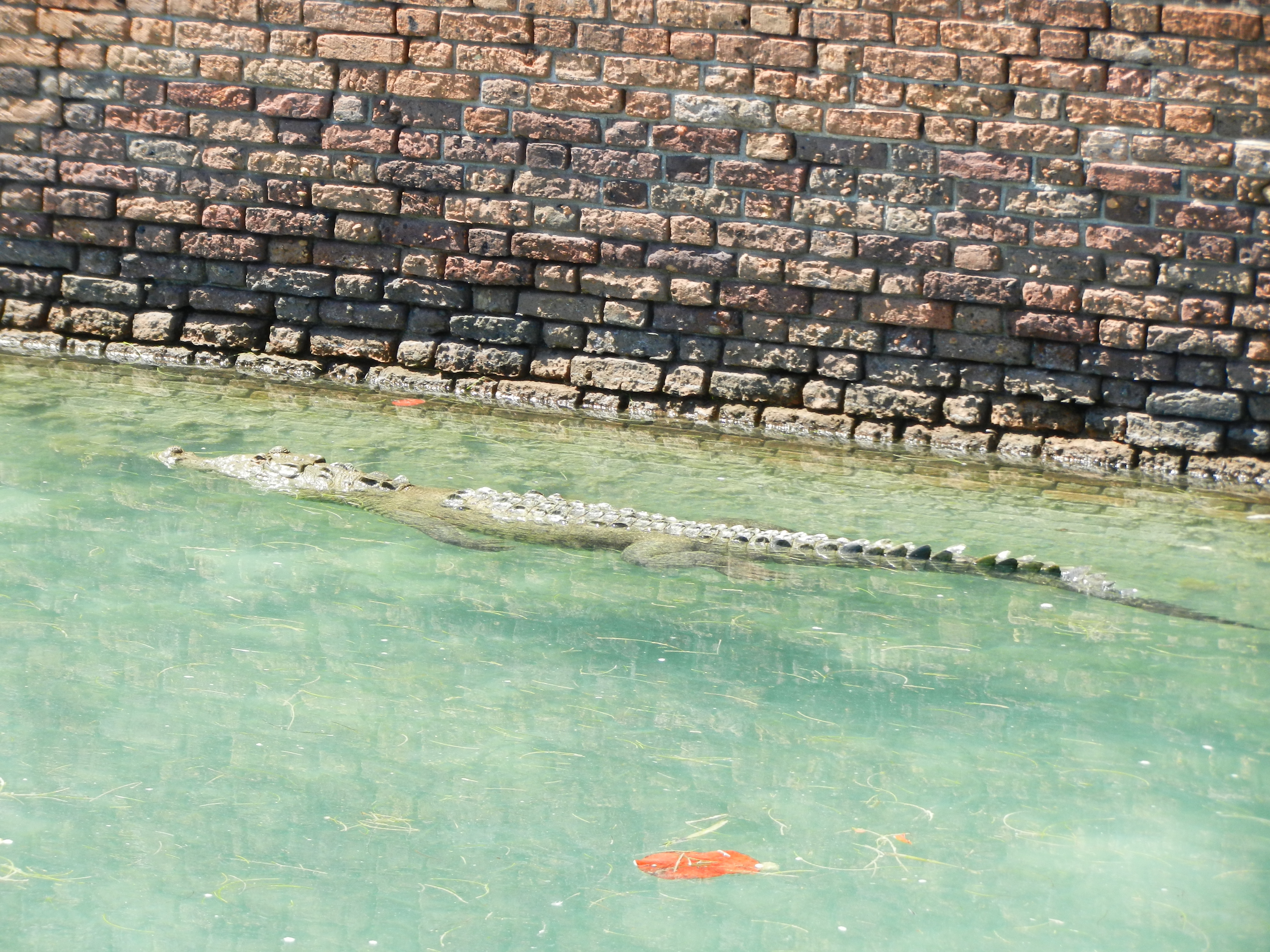 During that same time, as we waited for sunset, someone alerted us of something else in the water – it was a hammerhead shark! That was a sight to be seen for sure. I’m just glad we weren’t in the water at that time. The shark swam right through the area where we had been snorkeling earlier in the day. As if my scare with the barracuda wasn’t enough! 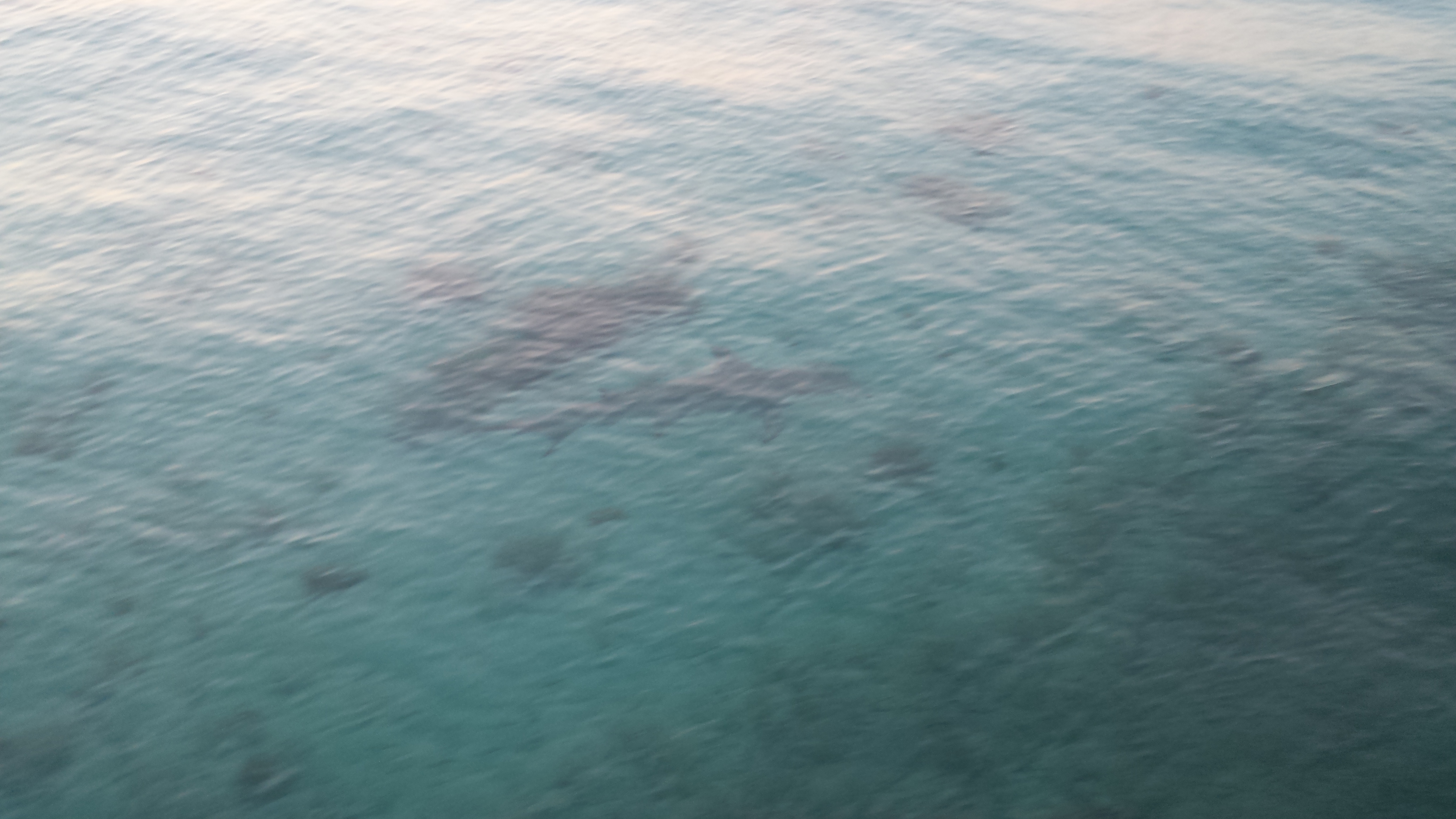 Of the Florida National Parks, Dry Tortugas was definitely my favorite. Everglades does have a lot of amazing things going for it, too – but if I were to choose only one to return to, it would most certainly be Dry Tortugas. I highly recommend it!

Exploring the life of Honest Abe