While we were only in Melbourne for a couple days, that was still long enough for it to leave a lasting impression on me. Its modern, hipster vibe is one that could put a smile on anyone’s face. To explore the city, we decided to make use of the bike share program and take on Melbourne by bike.

At one point while we were riding, some teenage boys passed us and yelled “Where’s your helmet?” This didn’t phase us much, although it did make us wonder if it was a law to have one on. (The kiosks and bikes did have instructions on where to pick up helmets, afterall.) 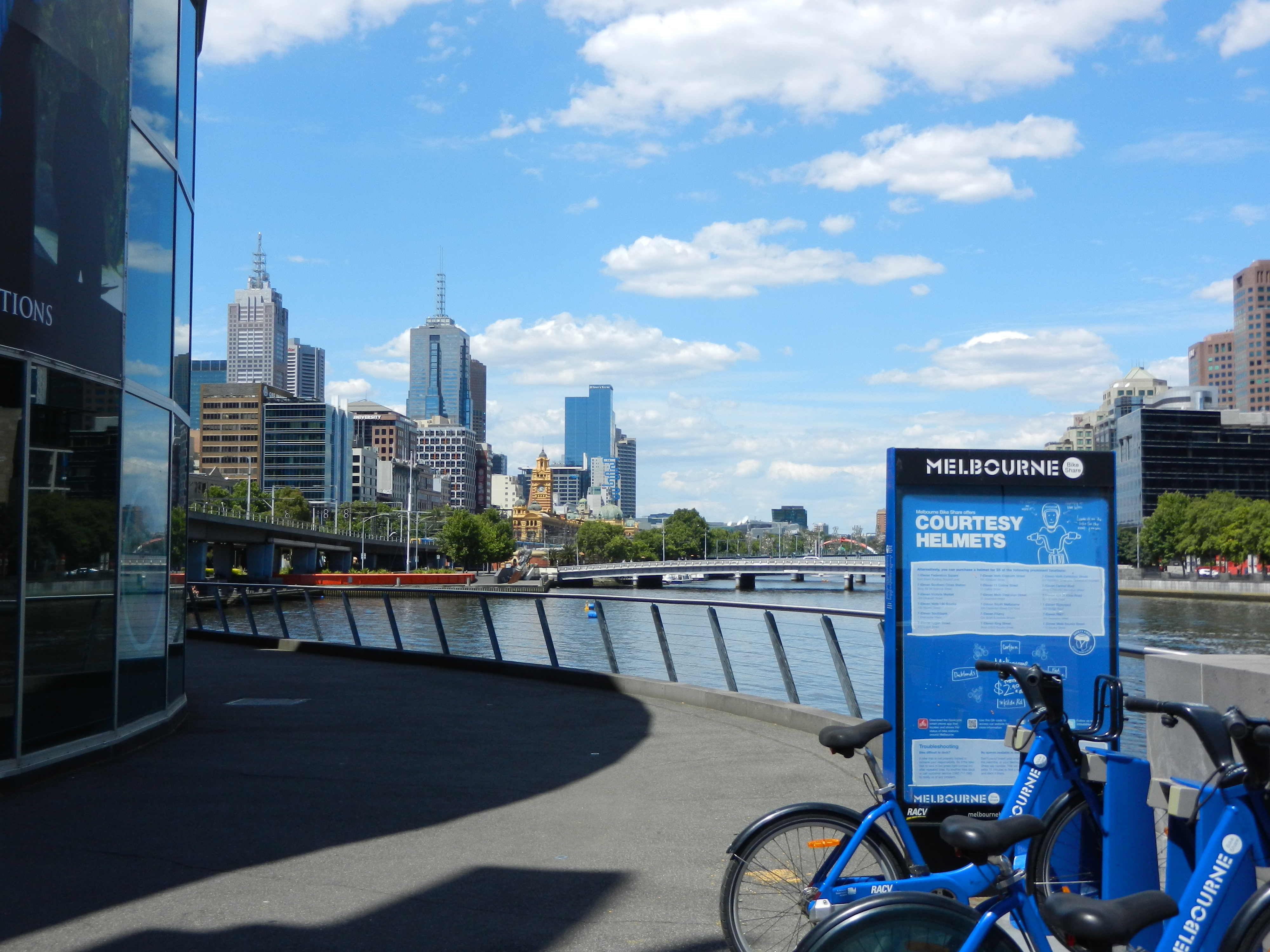 Our first stop in Melbourne was the Shrine of Remembrance. This monument was built to honor all who have served in armed conflicts and peacekeeping operations in which Australia has been involved. We were fortunate enough to be there while they performed a reproduction of the ceremony that happens each year on November 11th at 11am. During the ceremony, a ray of sunlight shines through the skylight above and passes over the monument in the center of the building that reads “Greater love hath no man”. It was a very moving ceremony – would be great to be there on the actual day! 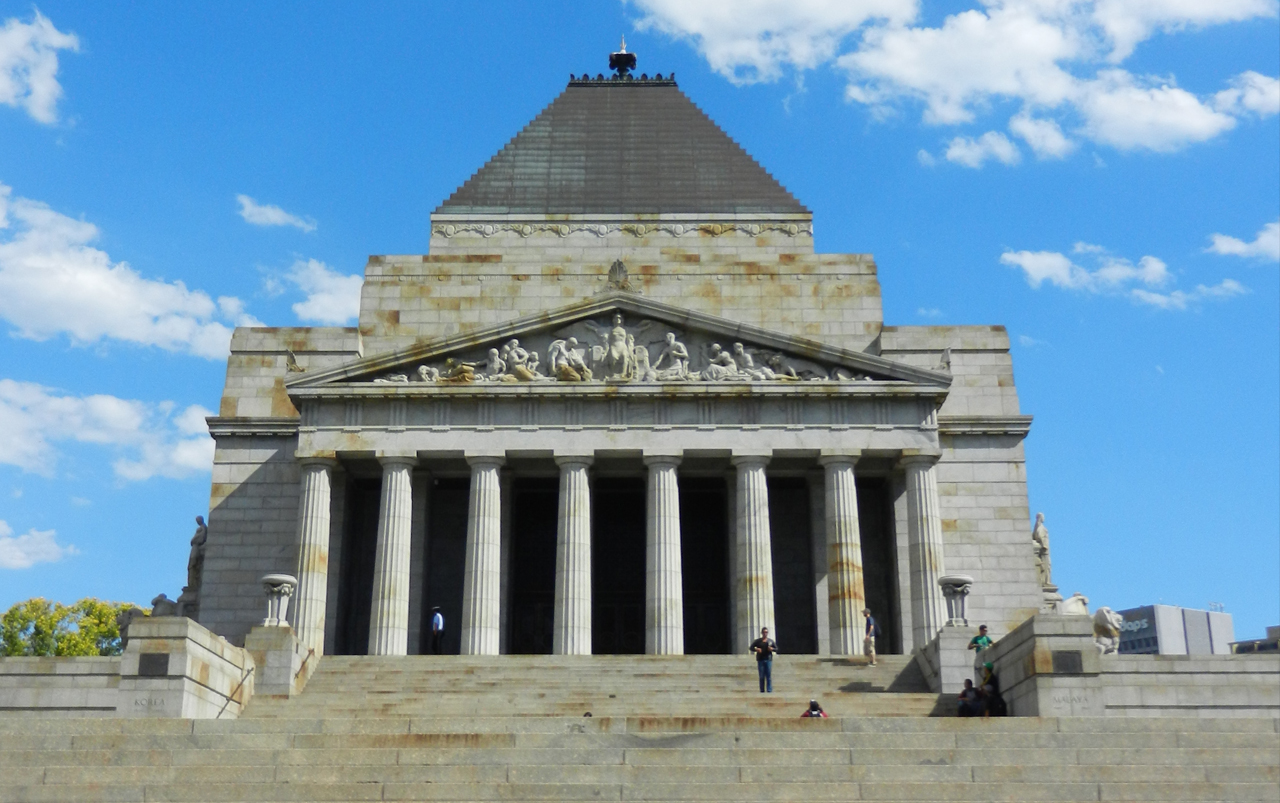 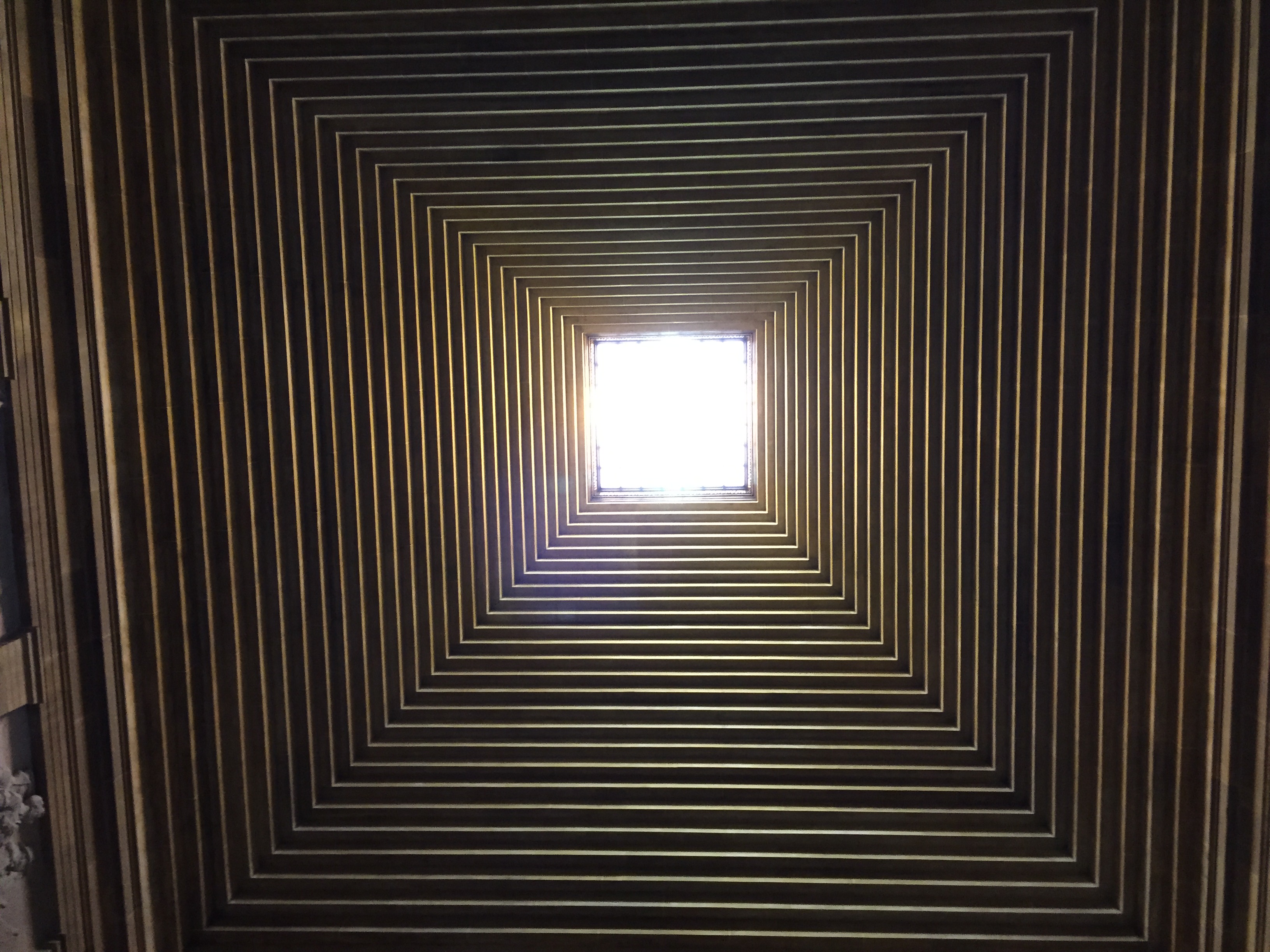 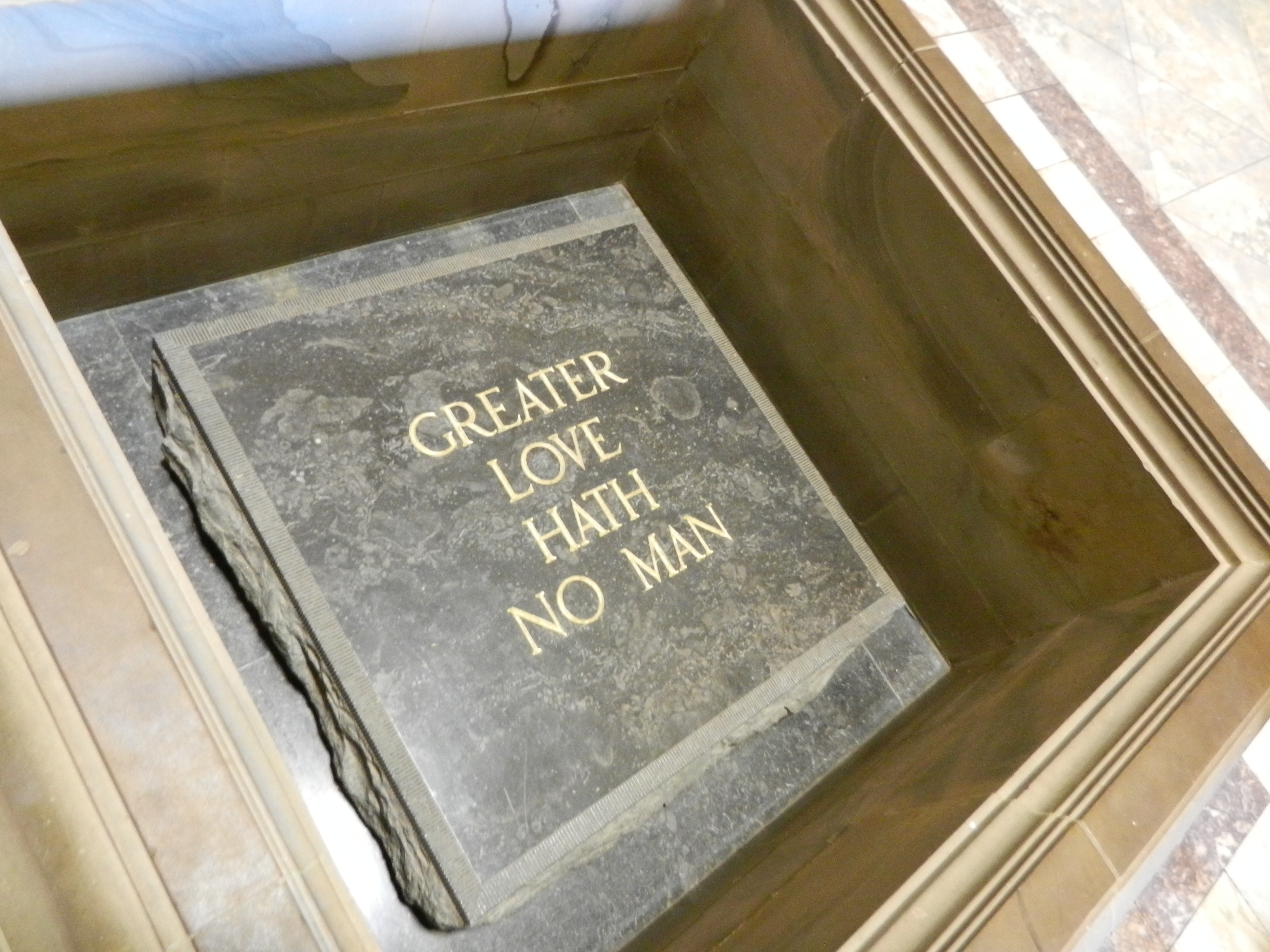 After observing the ceremony, we ascended to the roof to get a view of the surroundings and downtown Melbourne. Then we descended into the basement museum and eventually exited the building.

Adjacent to the Shrine of Remembrance are the Royal Botanic Gardens. I always enjoy visiting parks and gardens within big cities. It helps you escape the busy-ness of the city and connect with nature to bring a sense of calm. Thus we took a short walk and did some exploring.

On our way downtown, we passed a sign that indicated the way to Batman Avenue and HAD to take a photo. (Batman is kind of a big deal in our house. Bill has Batman socks, pajamas, a ceramic bowl that I gave him as a gift, a watch, … I have even painted the bat signal on the ceiling in our bedroom with glow in the dark paint – like I said, kind of a big deal.) 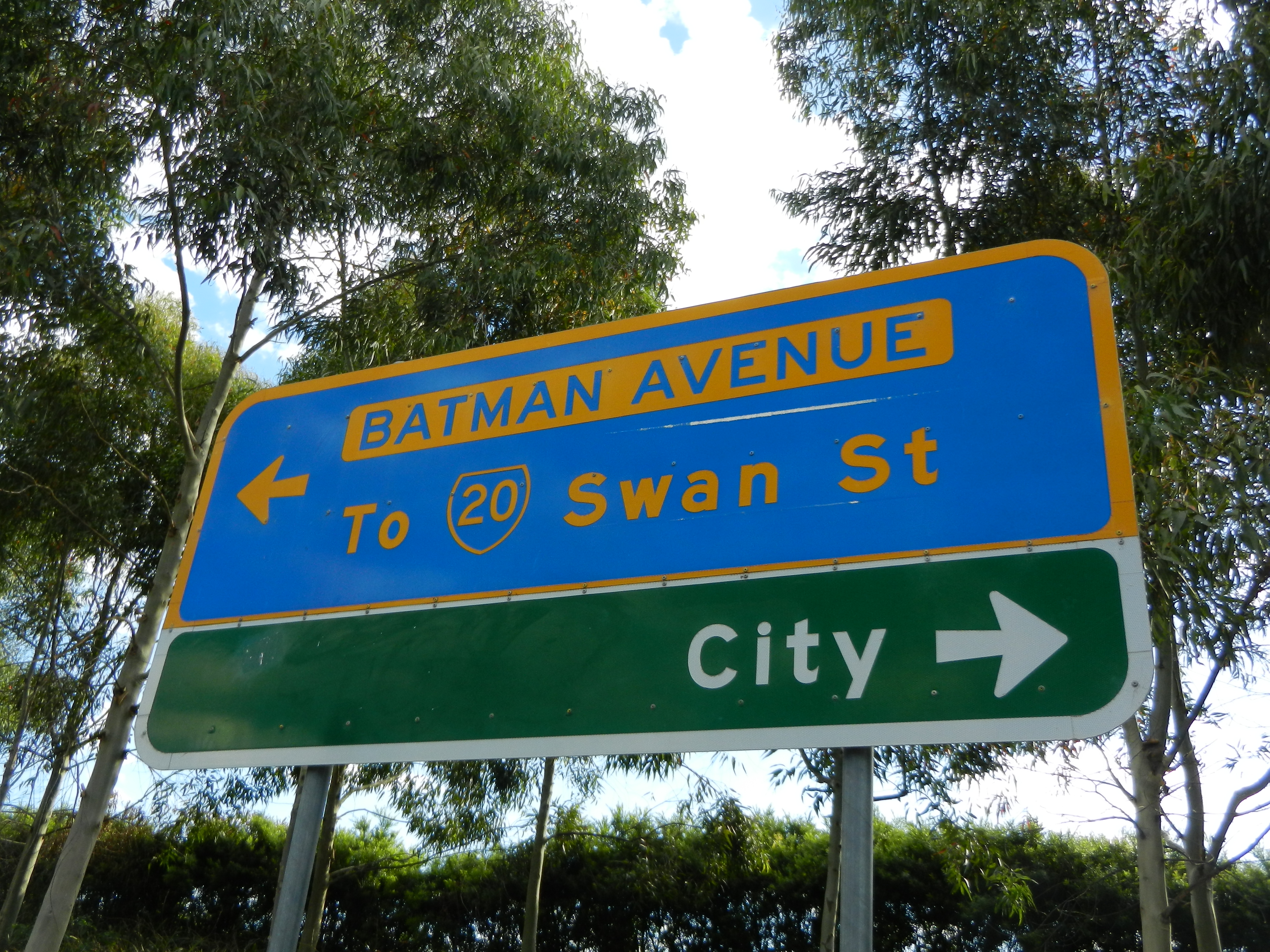 From there we explored the city center with its beautiful architecture and modern vibes abound. First we walked around and came upon the Block Arcade (in Australia they call malls arcades). Unfortunately it was closed for the day, but we were still able to enjoy the mosaic patterned entry on the outside and peek inside through the glass doors. 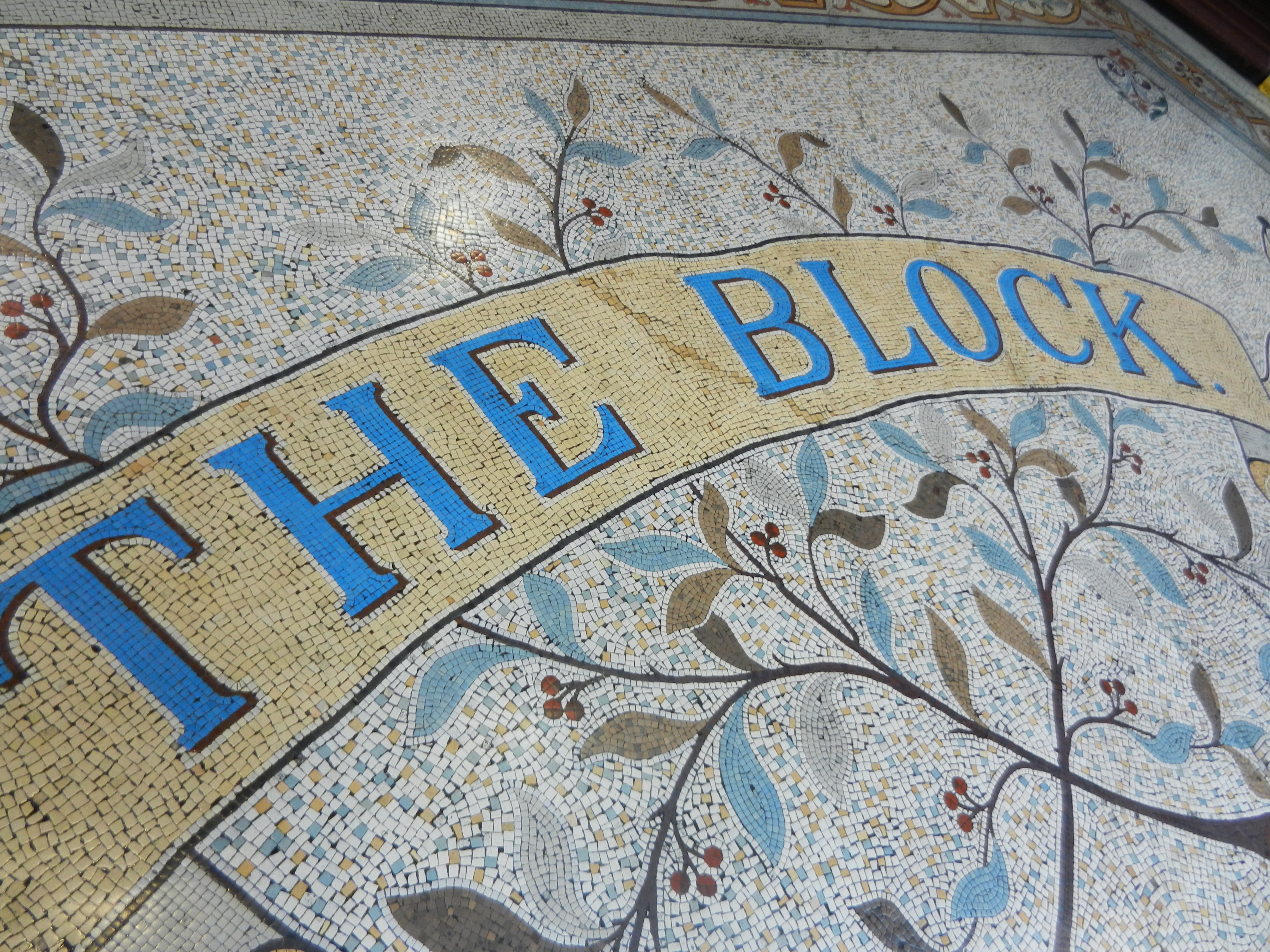 From there we meandered around for a bit, glancing down the alleyways along the way, until we came upon Flinders Street Station. We chose to enjoy the building, decorated for the Christmas season, from the outside and did not venture inside. 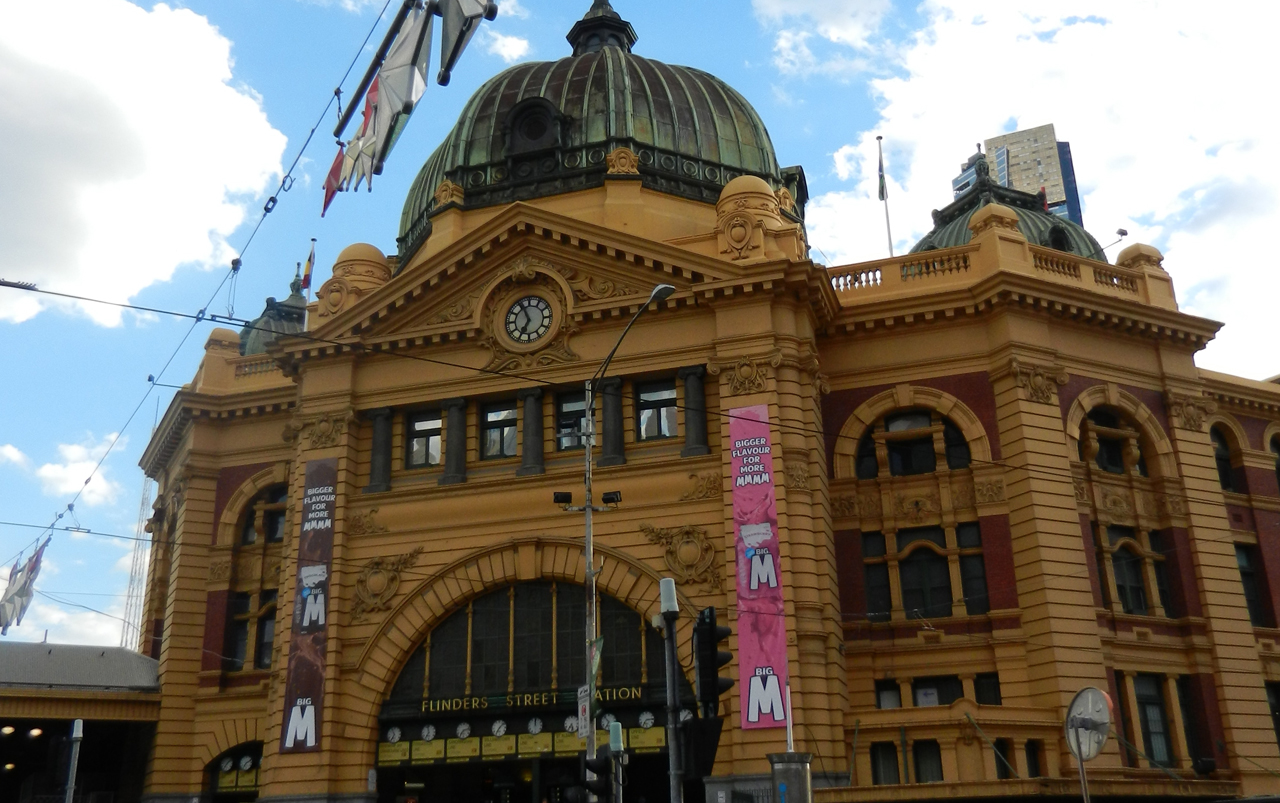 Now it was the main event – something I had been looking forward to since we decided to go to Melbourne – the street art at Hosier Lane. The creativity that is expressed here is amazing! Each piece an expression of an individual, yet they seem to flow so well together. I loved it. Bill is more of a skeptic when it comes to street art (he calls it graffiti), but I find it to be such a freeing display of expression – so much more so than the pristine works of art you find in a museum. I do not condone graffiti, but if the street art is created in a controlled area where it is allowed, I love it. 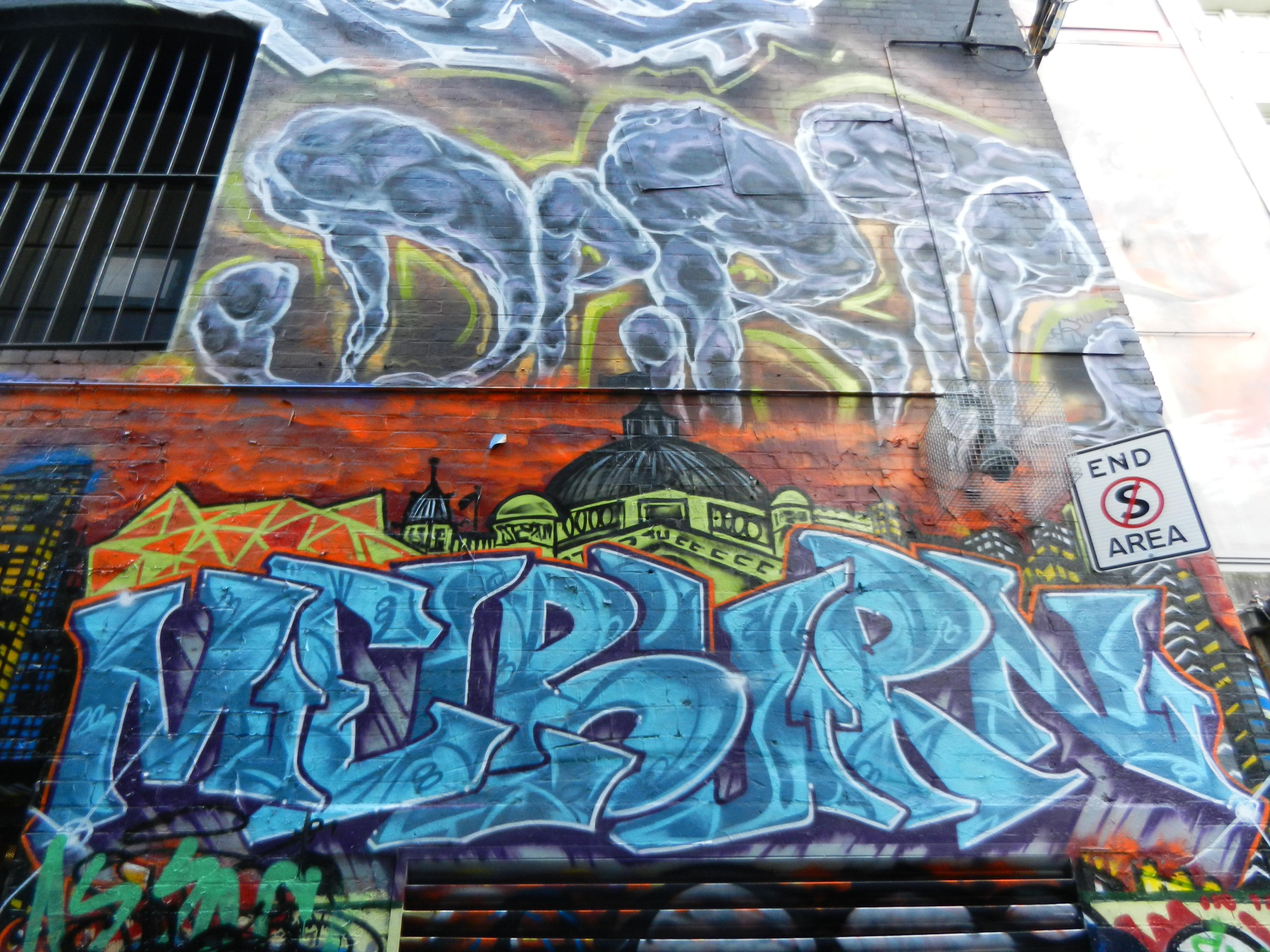 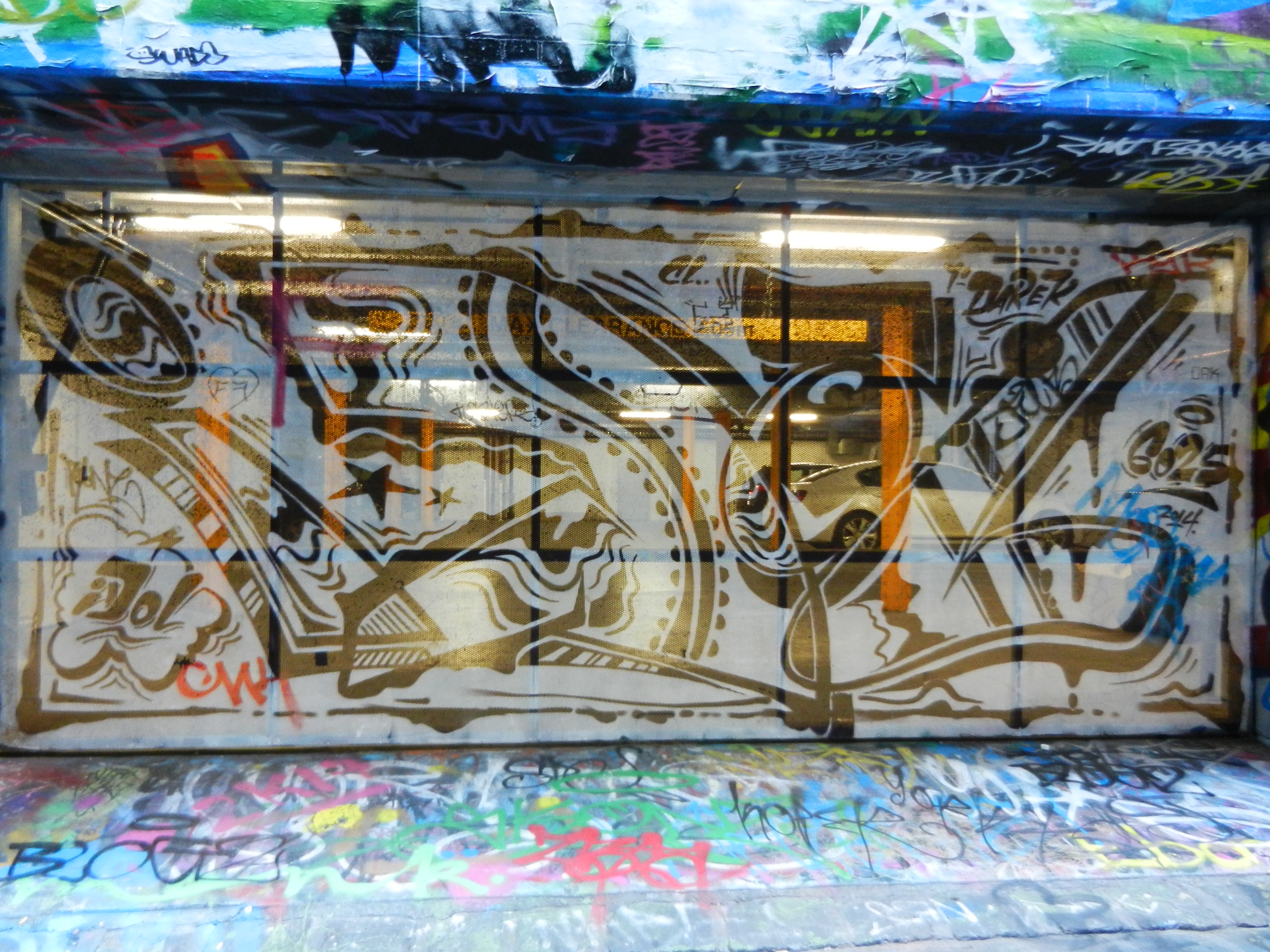 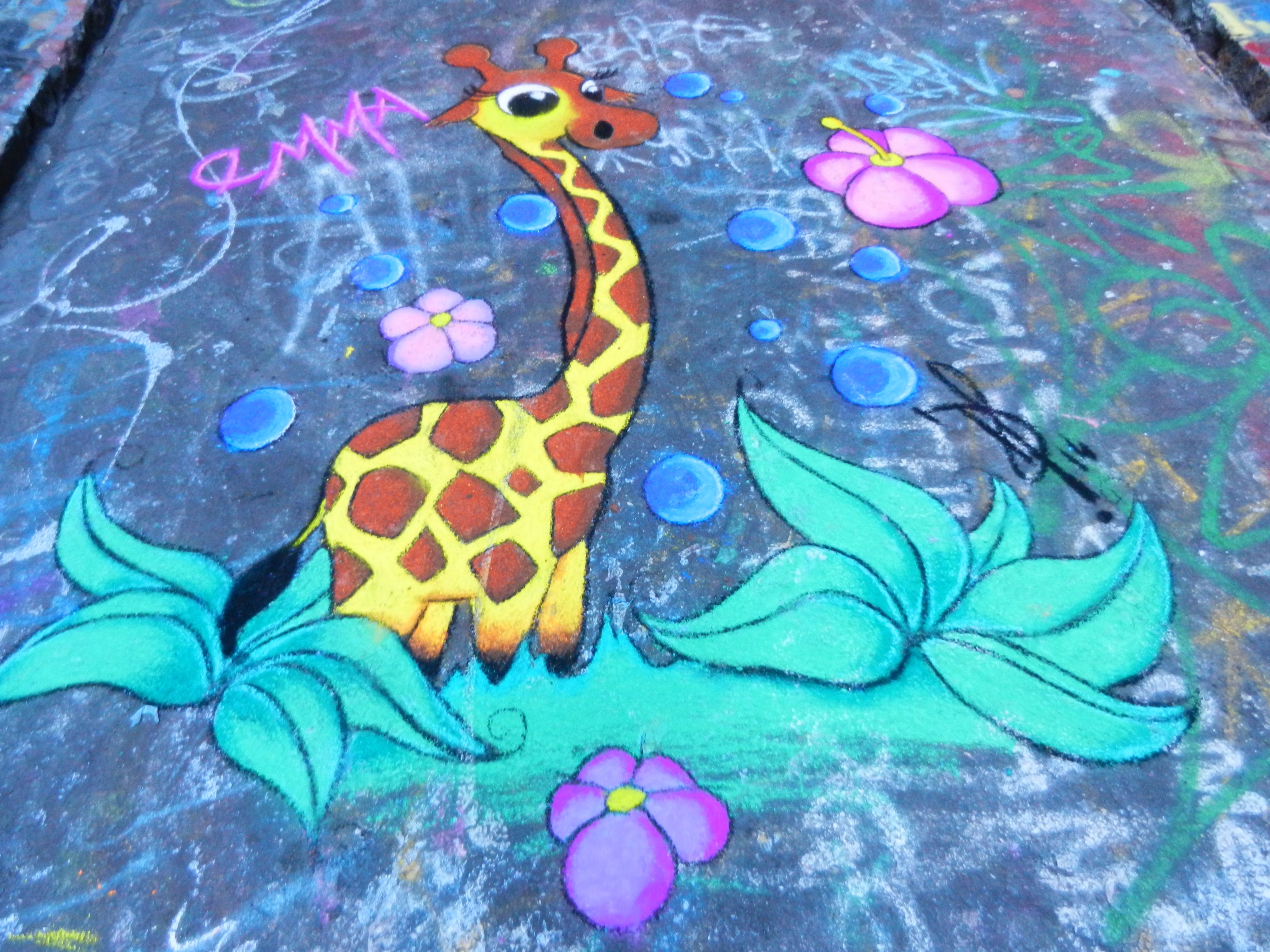 The next day we were off for the Great Ocean Road to enjoy beautiful ocean views and see the Twelve Apostles.

One day in Bangkok