Day 6 was our second rest day. However, it still had a fairly steep hike. The four of us set out around 6:30am. While it was cloudy when we started, there were still good views of several peaks along the way. It was also nice that no one else was on the trail and it was cooler without the sun out. 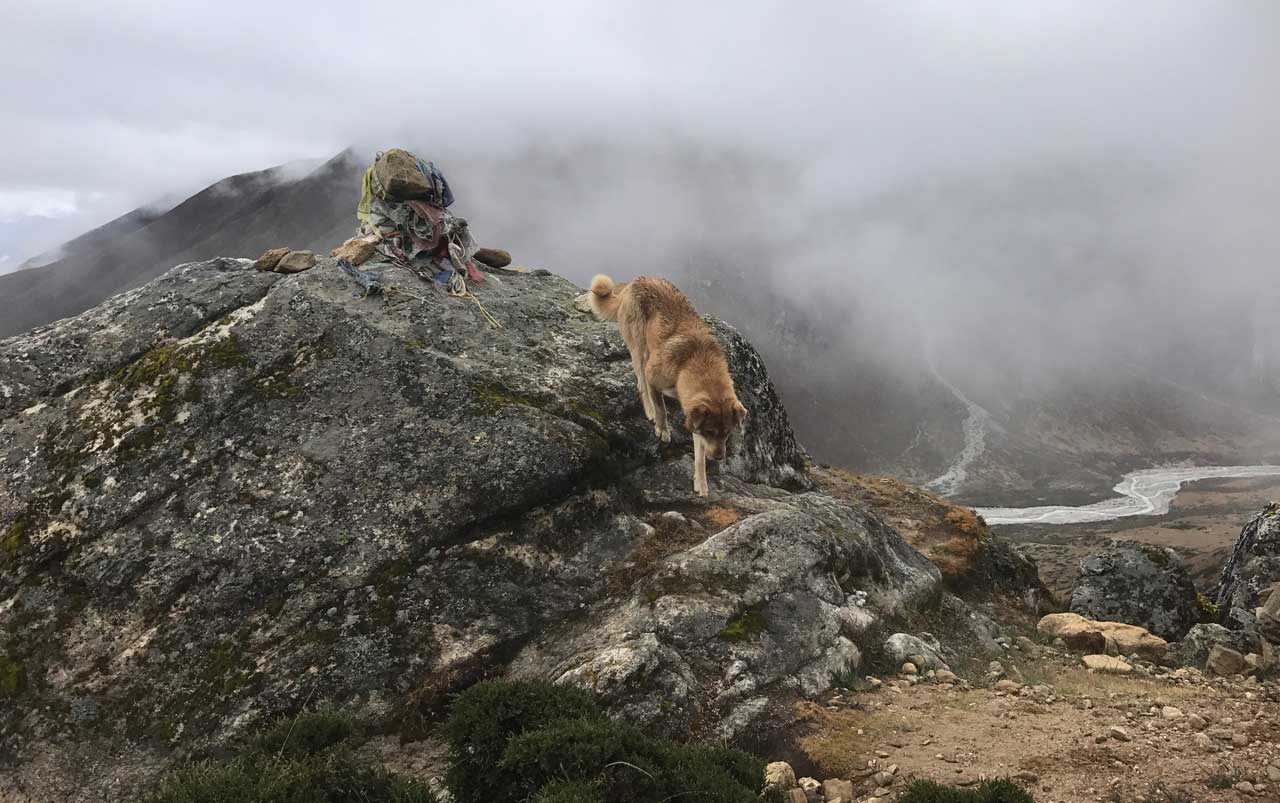 Soon after we started up the trail, we were joined by a four legged guide. A dog joined us at the edge of the village and stayed with us all the way up and part of the way back. That is, until he found new pals heading upward. I think it is safe to say he felt we would be fine on our own from that point on, and there were others that needed to be watched over.

We did, however, make Hari worried when he could not find us after he woke up. He and Binod caught up with us on our way down – hot mango in hand. A much appreciated treat!

I believe we all felt accomplished for completing the morning’s trek. But the impending 5 hour trek the following day was sure to be another doozie. The air was getting thinner and thinner as we went.